Essence of women and maternity

Essence of women and maternity 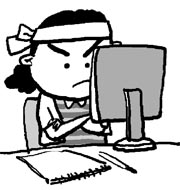 It’s just as Victor Hugo said: Women are weak, but mothers are strong. It is a clear and profound insight into the essence of femininity and maternity.

To their children, mothers are embodiments of unconditional love, blessing and sacrifice. A Jewish proverb goes, “God couldn’t be everywhere, so he created mothers.” When mothers get together, they naturally generate a great force. The most notable example of mothers displaying a powerful influence is the Mothers of the Plaza de Mayo in Argentina.

In April 1977, 14 mothers gathered together at the Plaza de Mayo in Buenos Aires. They were the mothers of young Argentines who “disappeared” during the Dirty War, a campaign of state terrorism by Jorge Videla’s military dictatorship. The women did not shout out or chant in protest. They wore white scarves as a symbol of their lost children and marched around the plaza in silence. They held a small sign, “Please come back alive.” They gathered every Thursday afternoon at the plaza, and more mothers joined the movement. Six years later, the dictatorship was toppled.

They showed the power of mothers.

In China, the Tiananmen Mothers are considered another symbol of motherly power. Mothers who lost their children during the crackdown on the Tiananmen Square protests in 1989 formed an organization to publicize the truth about the massacre. While the Chinese government is pressing them to remain silent, the mothers refuse to forget the tragedy. They are fighting to disseminate information and reinstate the honor of the victims. They launched a Web site in 2008, claiming it was the first Web site in China defending human rights.

The Union of the Committees of Soldiers’ Mothers of Russia is an organization of mothers whose children are serving in the military.

They staged a peaceful antiwar protest during the Chechen War (1994-1996) and influenced President Boris Yeltsin’s decision to withdraw Russian forces. As one of the most influential political groups in Russia, even Prime Minister Vladimir Putin cannot ignore their opinion.

Korean mothers are known to be especially powerful when it comes to the education of their children. Gukjain - an online community that shares college admissions information, including international exchanges, volunteer experiences, internships and nonacademic activities - has over 30,000 members.

When the community was featured in the JoongAng Ilbo a few days ago, over 6,000 new members joined the group. It illustrates how mothers are seeking reliable college admissions information as government policy changes frequently and universities have complex application procedures.

Mothers may do a lot more than just share information. They could always turn into activists, fighting to improve the college admissions system. Before mothers get any more frustrated and upset, the government and universities need to streamline and improve their policies.