Qaddafi: A failed ‘Lion of the Desert’

Qaddafi: A failed ‘Lion of the Desert’ 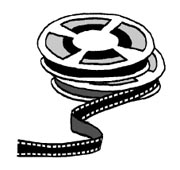 In June 2009, Sky Italia, an Italian digital satellite television channel, unexpectedly aired the 1980 film, “Lion of the Desert.” The film, which was co-produced by companies from the United States and Libya, deals with popular Libyan leader Omar Mukhtar’s struggle against the invading Italian army in the early part of the 20th century.

The Italian government banned the film in 1982 on the grounds that it contained scenes of atrocities committed by Italian forces, such as massacres and the use of force against prisoners of war. Nevertheless, they scheduled the broadcast of the film to coincide with Muammar el-Qaddafi’s visit to Italy in 2009.

Qaddafi has a very special connection with this film. Having seized power through a military coup in 1969, he tried to propagate himself as “an Arab hero who fought against Western Europe.” The ideal he wanted to copy was that of Omar Mukhtar.

Mustafa Alkad, an Arab-American Hollywood producer, was selected to direct the film. Alkad won Qaddafi’s trust in 1977 when he produced “Mohammad, Messenger of God,” a biography of the Prophet Muhammed. A whopping $35 million in oil money was poured in - 1.5 times more than the cost of “For Your Eyes Only,” the 007 film produced in the same year.

As a result, the cast included such world-class stars as Anthony Quinn, who played Mukhtar, Oliver Reed, Rod Steiger and others. The large-scale battle scene in which hundreds fight against armed Italian forces became a hot topic of conversation. But viewers were not looking for a propaganda film. The box-office profit worldwide was less than $1 million, and it became one of the biggest commercial failures in 20th century film history.

Of course, Qaddafi was satisfied. So money was not important.

In the film, Libyans, descendents of the Bedouin, fight against enemy tanks with their legs tied together so that they could not retreat from the battleground. Mukhtar cried out proudly, even after he was taken prisoner: “For us, there is only victory or death. No compromise! If we fail, the next generation will fight.”

Did Qaddafi ever imagine a situation in which he himself becomes the one the Libyan people risk their own lives to drive out and the people pin their hope on foreign intervention? And when will he realize he is no longer a hero?