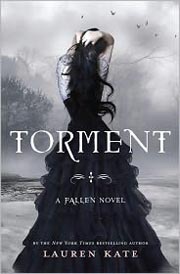 Hell on earth. That’s what it’s like for Luce to be apart from her fallen angel boyfriend, Daniel. It took them an eternity to find one another, but now he has told her he must go away. Just long enough to hunt down the Outcasts - immortals who want to kill Luce. Daniel hides Luce at Shoreline, a school on the rocky California coast with unusually gifted students: Nephilim, the offspring of fallen angels and humans. At Shoreline, Luce learns what the Shadows are, and how she can use them as windows to her previous lives. Yet the more Luce learns, the more she suspects that Daniel hasn’t told her everything. -From the publisher


When You Reach Me 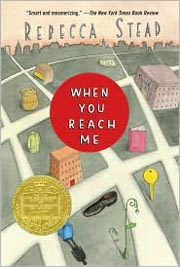 This remarkable novel holds a fantastic puzzle at its heart. By sixth grade, Miranda and her best friend, Sal, know how to navigate their New York City neighborhood. They know where it’s safe to go, and they know who to avoid. But things start to unravel. Sal gets punched by a kid on the street for what seems like no reason, and he shuts Miranda out of his life.

And then a mysterious note arrives, scrawled on a tiny slip of paper. The notes keep coming, and Miranda slowly realizes that whoever is leaving them knows things no one should know. Each message brings her closer to believing that only she can prevent a tragic death. Until the final note makes her think she’s too late. -From the publisher


Wikinomics: How Mass Collaboration Changes Everything 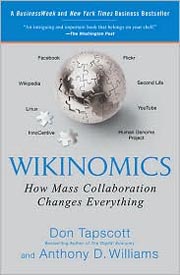 Today, encyclopedias, jetliners, operating systems, mutual funds, and many other items are being created by teams numbering in the thousands or even millions.

While some leaders fear the heaving growth of these massive online communities, Wikinomics proves this fear is folly. Smart firms can harness collective capability and genius to spur innovation, growth, and success. -From the publisher 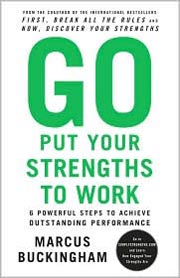 Research data show that most people do not come close to making full use of their assets at work. “Go Put Your Strengths to Work” aims to change that by kick-starting the “strengths revolution” that began with Buckingham’s earlier books. Through a six-step, six-week experience, Go Put Your Strengths to Work shows you how to seize control of your assets and rewrite your job description under the nose of your boss. -From the publisher


Why Women Have Sex: Women Reveal the Truth About Their Sex Lives, from Adventure to Revenge (and Everything in Between) 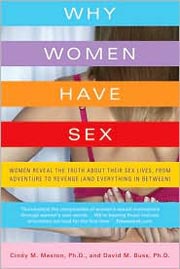 Do women have sex simply to express love, experience pleasure, or reproduce?

When clinical psychologist Cindy M. Meston and evolutionary psychologist David M. Buss, both at the University of Texas at Austin, joined forces to investigate women’s underlying sexual motivations, what they found astonished them.

Using women’s own words, and backed by extensive scientific evidence, the authors delve into the use of sex as a defensive tactic against a mate’s infidelity, a ploy to boost social status, a barter for household chores, and even as a cure for a migraine headache.

“Why Women Have Sex” stands as the richest and deepest psychological understanding of women’s sexuality yet achieved and promises to inform every woman’s (and her partner’s) awareness of her relationship to sex. -From the publisher