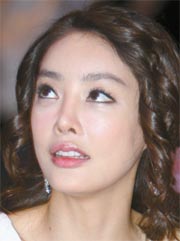 Actress Jang Ja-yeon, who hanged herself in 2009, sent 50 handwritten letters to a friend detailing the names and professions of 31 prominent men she was forced to have sex with, according to a report by local broadcaster SBS on Sunday.

Yesterday, the police said it would investigate the friend, surnamed Jeon, who gave up the letters.

The case, which revealed an ugly side of Korea’s entertainment industry and enraged the public, surfaced again when SBS reported Sunday that it had obtained the 50 letters, consisting of 230 pages, that Jang wrote to Jeon, who was serving prison time for a crime police wouldn’t describe. They describe how she was forced by her former agent, Kim Sung-hoon, to entertain 31 VIPs, including a number of media, entertainment agency and business executives, over 100 times. She served drinks and provided sex.

Yesterday was the second anniversary of Jang’s suicide.

Jang had kept other records of the VIPs with the help of Yoo Jang-ho, the head of her talent agency, and a suicide note she left behind also made allegations about the VIPs she was forced to entertain. But police only arrested Kim and Yoo, saying they had no evidence against the 31 VIPs. Kim and Yoo were convicted of various offenses - defamation for Yoo and assault and embezzlement for Kim - and each received two-year suspended jail sentences and 160 hours of community service.

The 50 letters obtained by SBS were different from the records the police previously investigated.

Jang, who was 27 when she died, was starring in a hit television series “Boys Over Flowers,” in which she played one of a trio of mean girls who picked on the lead female character played by Ku Hye-sun. Jang hanged herself at her home in Bundang, Gyeonggi, on March 7, 2009.

According to SBS, a handwriting analyst confirmed that the letters were written by Jang. Bundang Police asked the broadcaster to hand over the letters for further investigation.

According to the SBS report, Jang wrote the full names and professions of the 31 people who she was allegedly forced to have sex with. She described them as “devils” in letters.

“Whenever I was asked to change into a new dress, it indicated that I was meeting another devil,” Jang wrote. “I served drinks, entertained them in karaokes and room salons in Gangnam and even in Suwon.”

In the letters, Jang pleaded with her friend to help her get revenge.