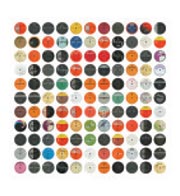 To March 17: This exhibition features the works of artists Lee Ki-il and Jun So-jung.

To show the diversity of the artists’ works, all of the installations, photographs, video art, woodblocks and sculptures in the exhibition are presented in a theatrical form.

Lee Ki-il’s work explores the Korean art scene in the 1960s and 1970s, when entertainment and Korean rock bands flourished. He studied sculpture at Chung-Ang University and has participated in countless exhibitions in Seoul since 1995.

In her work, Jun So-jung examines the hopes and dreams lingering deep inside every individual and the works she has put on display are expressed in a theatrical manner. She studied sculpture at Seoul National University and has participated in numerous exhibitions since 2007.

To March 17: In his solo exhibition, Lee Hee-woo experiments with diverse media to convey the message that though cyberspace is fictional in the sense that people are free to form diverse identities there, these multiple egos can morph into marginalized societal anomalies in reality.

“The Marginal Man Project” has been designed specifically for Gallery Placemak and explores life in an era when the fine line between reality and fiction has turned dangerously vague.

Thursday to April 3: In his solo exhibition, his second at SUN Contemporary, Choi Sun-ho documents his experience at the Mount Everest base camp three years ago. The works shown here are more abstract than his previous works, which were noted for blending Western and Eastern sensibilities using a minimalist approach, but are no less compelling in their effect on the viewer.

The veteran artist majored in painting at Seoul National University and received an M.A. from New York University. Since his debut in 1991, Choi has won acclaim for his countless exhibitions, including “Choi Sun-ho’s Art Odyssey.”

Several of his artworks are currently on display in renowned Korean museums such as the Seoul Museum of Art and the National Museum of Contemporary Art Korea. 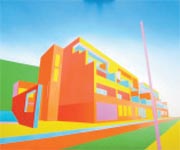 The 33-year-old artist got her diploma in Leipzig and for years worked on still life and landscape paintings. She began exhibiting her work in 2002. She has gained recognition for her ability to put together three-dimensional, spatial designs through careful geometrical analysis.