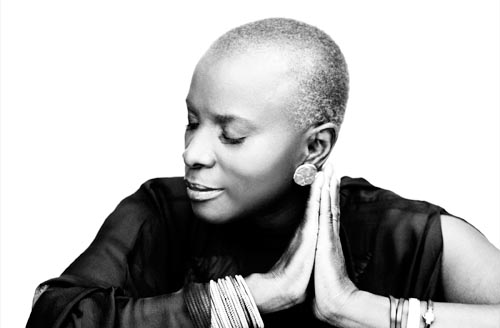 Today: British R&B singer-songwriter and guitarist Corinne Bailey Rae is the fourth female British act in history to have her first album debut at No. 1. By 2008, she was on top of the music industry when her husband, musician Jason Rae, died. After his death, Bailey Rae went on a spiritual hiatus for nearly two years and finally returned last January with her second album, “The Sea.” At the concert, she will perform songs from “The Sea” and her eponymous first album, including hits such as “Like a Star” and “Put Your Records On.”

Today: British heavy metal band Iron Maiden makes its debut in Seoul. With more than 80 million albums sold worldwide, Iron Maiden is considered one of the most influential heavy metal bands. They will perform songs from their latest album “The Final Frontier” and other hits.


THE GREAT 3B SERIES

Brahms is the focus of the second set of concerts. This one features cellist Young Song and violinist Lee Kyung-sun. The program includes Double Concerto for Violin and Cello in A Minor, Op. 102 and Symphony No.1 in C Minor, Op. 68.

Friday: The Seoul Philharmonic Orchestra welcomes two guest artists for a performance of Dvorak’s Cello Concerto and Brahms’ Symphony No. 2. Norwegian conductor Eivind Aadland is currently the conductor of the Trondheim Symphony Orchestra and French cellist Gautier Capucon won the Echo Klassik Prize for Young Artist of the Year in 2004.

Sunday: French violinist Laurent Korcia, who has been described as a “violinist of fire,” will perform Antonio Vivaldi’s “Four Seasons,” Niccolo Paganini’s “I Palpiti,” Fritz Kreisler’s “Prelude et allegro” and other works.

Sunday: In this concert, Angelique Kidjo will perform traditional music that she learned in her home in Benin. In 2008, her album “Djin Djin” won a Grammy Award for Best Contemporary World Music Album. Her performances are energetic and use guitar, bass and percussion.

Tuesday: Legendary U.S. rock band the Eagles will make their first appearance in Korea as part of their “Long Road out of Eden” tour in support of the 2007 album of the same name, their first album in 28 years. The band is also celebrating its 40th anniversary. The Eagles were one of the most successful bands of the 1970s, garnering six Grammys, five American Music Awards and six No. 1 albums. The set list will include such hits as “Hotel California,” “Desperado,” and “I Can’t Tell You Why.”

March 18: Scottish musician Fran Healy is the lead singer and songwriter of the Scottish alternative rock band Travis. In this concert, he will perform songs from his debut solo album “Wreckorder” (2010), including “Buttercups” and “Rocking Chair.”

Travis, credited with paving the way for British bands such as Coldplay and Keane, won album of the year twice at the BRIT Awards.

March 23: Jazz singer Nah Youn Sun returns to the LG Arts Center for her first concert in Korea in five years. Called the “greatest jazz singer of today” by French newspaper Les Echos, Nah received the French Order of Arts and Letters in 2009, becoming the first Korean musician to do so. Her most recent album, “Same Girl,” was No. 1 on the French jazz charts for four weeks, another first for an Asian musician.

To March 19: This play is about a love triangle between a Vietnamese singer, a Korean private and an American Colonel during the Vietnam War’s Tet Offensive in 1968.

March 25 to 28: The Universal Ballet Company presents a comic version of Miguel Cervantes’ novel “Don Quixote de la Mancha,” the story of an aging gentleman who believes himself to be the character in the books he is reading.

A different dancer performs in the lead role on each night.

To March 27: “Aida” has returned to Korea after a five-year absence. This story of Ethiopian princess Aida is one of forbidden love. Aida is captured and sold into slavery in Egypt, where Egyptian military commander Radames falls in love with her. As the military commander of Egypt, Radames is not allowed to love a woman from a different country, and he struggles to choose between her and his service to the Pharaoh. To make matters worse, the Pharaoh’s daughter, Amneris, is in love with him. Will Radames chose love or success?

Cho Seung-woo and three other actors alternate in the role of Jekyll.

Friday to Sunday: Visitors to the Yeongdeok Daegae Festival at Samsa Marine Park in Yeongdeok, North Gyeongsang, will be able to catch, buy and eat daegae, a large crab with eight long, bamboo-shaped legs.

The three-day festival opens tomorrow at 11 a.m. with a ritual prayer for a good catch. A re-enactment of a royal procession will be held at the nearby Ganggu Port on Saturday.

March 26 to April 1: This annual art and music festival presents a collection of performances by international musicians like the British Hilliard Ensemble, Heiner Goebbels’ Music Theater, and winners of the Tongyeong International Music Festival competition.

The festival gets its title, “Moving Dimension,” from “Dimensionen,” a piece by Korean-German composer Isang Yun (1917-1995), who served as the inspiration for the festival. The festival focuses on promoting young Asian composers and is led by artistic director Alexander Liebreich, the primary conductor and artistic director of the Munich Chamber Orchestra.