Dong-A publishing titan passes away at 96

Dong-A publishing titan passes away at 96 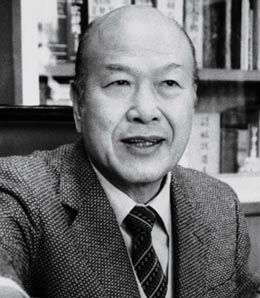 Kim Sang-moon, a publisher and founder of Dong-A Publishing & Printing Co., Ltd., which is now called Doosan Dong-A, died of old age on Sunday at his house in Ilsan, Gyeonggi. Kim was 96.

Those who spent their primary and middle school days in the 1960s and 1970s studied textbooks such as “Dong-A Jeongwa [Compilation]” and “Dong-A Wanjeonjeongbok [Landslide Mastery],” which Kim published. In 1982, the ambitious publisher printed the “Dong-A Encyclopedia.”

Kim stood as a colossus of the Korean publishing industry in the 20th century. Born in Daegu in 1915, Kim established Dong-A Publishing & Printing in 1945. In the same year, Kim published the first Korean textbook, “Sinsaeng Gukeodokbon,” which is roughly translated as “New Korean Reading Book” at the request of the former speaker of the National Assembly, Lee Hyo-sang. Kim published a series of study books including dictionaries and workbooks familiar to generations of Koreans. The Dong-A Jeongwa series transformed Dong-A into a major publishing company. The total number of books printed by Dong-A came to around 800, and Kim received the Order of Cultural Merit in 1983.

However, things did not always go smoothly for Kim. He had to sell his company to Doosan when he got buried in debt after publishing the Dong-A Encyclopedia. But Kim rebounded by setting up Sang Moon Publishing Company in 1989. Kim also served on the boards of both the Korean Publishers Association and the publishers association for government-authorized textbooks.

Kim was known for his special care of his health. Every morning, walked 4 to 5 kilometers (2.5 to 3.1 miles). When spring and fall came, he did fasting cures for several days. Since 1999, when he reached 84, he drank a cup of his urine every evening.

Yun Hyung-du, president of KPA, said, “Kim, known for his high spirit and driving force, made a great contribution to Korea’s education industry through his publications, including the Dong-A Jeongwa.”

Kim, who published a book called “Can Make It to 100 Years Old” in 2004, passed away just four years before he reached his centennial.