Preparing for a comeback

Preparing for a comeback 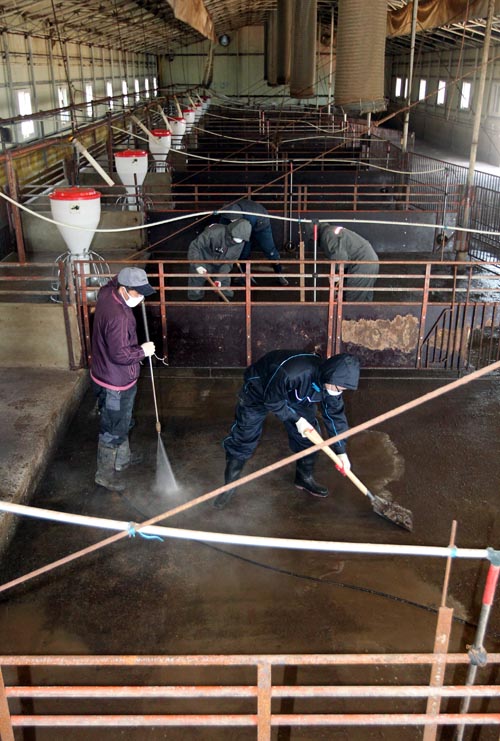 Workers at a pig farm in Icheon, Gyeonggi, which had all of its pigs culled after the farm was infected by foot-and-mouth disease, clean out the pigsty yesterday preparing to reopen the farm. Roughly 3.4 million animals nationwide were culled since the virus was first discovered in Andong, North Gyeongsang, on Nov. 28. Pig farms in Gyeonggi will incinerate remaining hay, feed and sawdust by March 25. [NEWSIS]