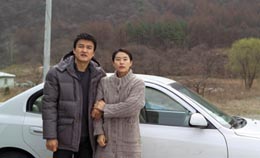 There’s nothing extraordinary about the life of Pil-yong (Park Joong-hoon), a civil servant whose life consists of going to work and taking care of his wife Hyo-kyung (Yea Ji-won), who suffered a stroke three years ago. But things change when he takes on a project involving hanji in order to impress his boss and get a promotion. In the process, Pil-yong develops a passion for the traditional papermaking art. Things get complicated when he meets Jee-won (Kang Soo-yeon), who has been traveling around the country for two years shooting a documentary about hanji, and the two a troublesome relationship.

“Hanji” is the 101st film of award-winning director Im Kwon-taek and the film attracted a great deal of attention even before its release. Through the film, Kim tries to shed some light on the excellence and beauty of hanji, traditional Korean paper, at times sacrificing the most crucial elements of plot and character development in the process.

In making this film, Im used digital cameras for the first time. He also tried to blend elements of documentary and narrative filmmaking - to mostly mixed results, if some critics are to be believed. The film was sponsored by the Jeonju International Film Festival in Jeonju, North Jeolla, a city best known for its high quality hanji.

Zainichi Korean Yang Yong-hi, the director of the documentary film “Dear Pyongyang” (2006) once again captures part of her life story, which is extricably tied to North Korea.

This film revolves around Yang’s niece, Seon-hwa, who lives in Pyongyang with one of Yang’s three brothers, all of whom were sent to North Korea 30 years ago by her parents.

To people outside North Korea, North Korea is a tightly controlled and closed society. Through her film, the director tries to show the inner workings of the country and its people, while trying to make sense of her own upbringing in a family connected to Chongryon, which has close ties to the North and is one of two main organizations for Korean residents in Japan.

On the surface, Seon-hwa is no different from other children her age but it is her education in the ideology of the North that sets her apart.

After “Dear Pyongyang” was released, Yang was banned from entering North Korea and she does not know whether the film caused trouble for her brothers and niece.

Devastated by the death of his son Ki-tae (Lee Je-hun), Ki-tae’s father (Jo Sung-ha) starts to investigate his son’s short life. The first thing he does is rummage through his son’s drawers and finds a picture of Ki-Tae and his friends Dong-Yun (Seo Jun-yeong) and Hee-Jun (Park Jung-min).

When he finds out that one of the boys transferred to another school and the other doesn’t show up at Ki-Tae’s funeral, Ki-Tae’s father becomes suspicious. 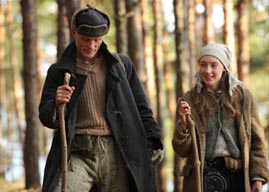 Set in 1940s Siberia, initially at least, “The Way Back” follows a group of escapees from a Soviet gulag who trek across thousands of miles of unforgiving terrain in a bid to reach India and ultimately freedom. Inspired by an apparently true story, the film stars Ed Harris (“The Truman Show” and “Apollo 13”), Colin Farrell (“The Recruit” and “Miami Vice”) and British actor Jim Sturgess. Six-time Academy Award nominee Peter Weir directs. The inspiration came from the memoir of Polish army lieutenant Slavomir Rawicz, who was imprisoned by the Soviets after their 1939 invasion. 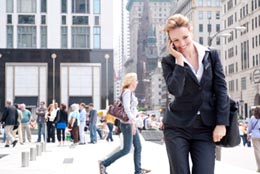 Described by one critic as a “deeply dislikable comedy of embarrassment,” “Morning Glory” is the story of an ailing breakfast television news show and the vain attempt to revive it. Harrison Ford and Diane Keaton lead the cast as Rachel McAdams (“Wedding Crashers”) plays Becky, the TV producer charged with the resurrection. Directed by Roger Michell of “Notting Hill” (1999) fame and written by Aline Brosh McKenna, who also wrote “The Devil Wears Prada” (2006), expect an inoffensive trip through the world of breakfast TV, at least through Hollywood tinted glasses.

A modern remake of the classic “Beauty and the Beast” tale, “Beastly” is aimed at the younger set whose hormones are directing their eyes to ogle at someone else until the next installment of the “Twilight” film franchise. Enter Kyle Kingson (played by Alex Pettyfer), the most popular guy at an elite private school, whose model looks have prevented him from playing nice. He picks on the ugliest girl at school, Kendra, a goth student played by Mary-Kate Olsen. After Kyle humiliates Kendra, she summons her goth powers and casts a spell on him, transforming the heartthrob to an ugly extraterrestrial-looking beast. To return to his former good looks, Kyle learns that he must find someone who will fall in love with him the way he is - quite the handicap when you look like an alien. Kyle’s father takes one look at his now-hideous son and banishes him to Brooklyn (the horror!). There, Kyle lives with a housekeeper and a blind tutor (played by Neil Patrick Harris), because God forbid if Doogie Howser has to look at someone ugly while he’s teaching. Kyle runs into Lindy, a pretty Vanessa Hudgens of “High School Musical” fame. He convinces her to live with him, and they fall in love in their quaint Brooklyn brownstone. Cue the swooning tweenage girls. 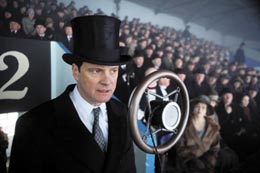 The winner of this year’s Academy Award for Best Picture, “The King’s Speech” is an epic historical drama of King George VI’s struggle to overcome a lifelong speech impediment in the run-up to World War II. King George VI - who finds himself king when his older brother, Edward VIII, abdicates the throne - is played by Colin Firth, who won Best Actor for the role. King George’s wife, Queen Elizabeth and the future Queen Mother, is played by Helena Bonham Carter. It is Queen Elizabeth who finds Lionel Logue (Geoffrey Rush), an eccentric speech therapist whose unusual methods and relationship with the king create the drama and the comedy that make the film into such a masterful telling of a true, but relatively unknown, story. “The King’s Speech,” which received 12 Academy Award nominations, is directed by Tom Hooper, who won Best Director. The film also won Best Original Screenplay.