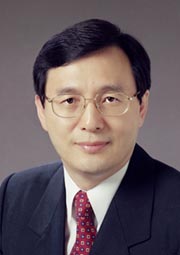 As Seoul Theological University marked its 100th anniversary on Sunday, students, professors and administrators celebrated the occasion in an unusual way.

They all signed pledges to donate their organs.

“As the first theological university in Korea, our goal is to be the best Christian university nationwide,” said Yu Suk-sung, president of Seoul Theological University, at a ceremony to mark the anniversary on March 8.

“Based on our 100 years of history in which we experienced the same ups and downs as the rest of society, we will work to nurture intelligent, moral, spiritual and competitive students in this globalized world,” the president said.

“I want to implant the idea that giving is love into students’ heads,” Yu said.

“Through these sorts of things, we will honor the ancestors who developed the university over the past century.”

The university was founded on March 13, 1911, as Gyeongseong Bible School in Mugyo-dong, central Seoul. After erecting two five-story buildings in 1921, the structures housing the school became the tallest buildings in Seoul.

In 1943, Gyeongseong Bible School was forced to close its doors by the Japanese colonial government, which had ruled that the Christian season of Advent was a threat to its political system. After school pastors Park Bong-jin and Kim Ha-seok protested the abolishment of Advent and the implementation of mandatory visits to Japanese shrines, they were executed by the Japanese. The school reopened after the Japanese empire fell to end World War II in 1945.

During the Korean War (1950-1953), Gyeongseong Bible School’s president and some of its professors tried to protect the school from invading North Korean forces. They were subsequently captured, taken to the North in June 1950 and never heard from again. The school reopened six months later.

Gyeongseong Bible School changed its name to Seoul Theological University in 1959 and relocated to Bucheon, Gyeonggi, in 1974, where it diversified its curriculum to include social welfare and Chinese language classes.

“When the school was founded 100 years ago, many Western pastors helped our students, but now we are helping students in developing countries, such as in China, countries in Africa, and South Asia,” Yu said.

Yu, who graduated from the university in 1975, said the school grew from 10 students in its founding year to roughly 4,000 students today with nine majors and five graduate programs.

Since he took office in August 2010, Yu has underscored the importance of the humanities and volunteering in an effort to build students’ character.

“The humanities teach people the way to live their lives,” Yu said.

In an attempt to expand knowledge of the humanities among the public, the university holds free humanities lectures every Friday, which are led by authors, celebrities and experts. On March 11, Lee O-young, a JoongAng Ilbo senior adviser, gave a lecture titled “Humanities and Lively Imagination.”

The university helps communities that have suffered emergencies as well, dispatching volunteers to disaster zones.

All of the university’s students are required to take a volunteer class before graduation and do at least 27 hours of community service.