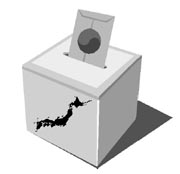 Korea was the first to act to help the victims of the massive earthquake in Japan. We dispatched a rescue team faster than any other country, and Korean pop stars, many of whom are famous in Japan, have made big donations. They include such well-known names as Bae Yong-joon, Jang Dong-gun and Choi Ji-woo.

Ironically, top Japanese stars are put in an awkward position by their move. There are a growing number of people in Japan who say: “Even a foreigner like Bae Yong-joon donated a fortune. What is Takuya Kimura doing?”

Of course, there are Japanese idols who made big donations. Janny’s, a major Japanese entertainment agency, has sent a generator truck to the disaster-stricken area, and pop stars affiliated with the company have sent messages of encouragement to the victims.

Amuse Inc., to which an array of top stars, including Masaharu Fukuyama, is affiliated, donated 2.4 million masks and other relief goods, together with an unspecified amount of money. However, they actually look poor compared to the parade of big donations made by Korean pop stars.

Japan specialists explain that there is a difference in the culture between Korea and Japan. In the Japanese entertainment world, there is a long tradition of calling an attempt to win fame with money as baimei - selling name - and guarding against it. In the past, when some entertainers showed a willingness to make big donations, criticism erupted: “Do they want baimei?” This time, too, singer Gackt led the Red Cross campaign to raise funds for disaster victims. Many cartoonists including Takehiko Inoue, the author of “Slam Dunk,” drew cartoons for them, instead of making a donation.

Hong Sang-hyeon, a Korean-Japanese broadcasting planner, pointed out, “The swift cash donations made by Korean pop stars have changed the Japanese attitude toward donations.”

AKB48, a popular Japanese girl group, announced a huge donation - 500 million yen ($6 million) - without hesitation, and Avex, a Japanese entertainment agency, reportedly plans to donate 100 million yen. When an oil spill contaminated the west coast of Korea in 2007, many Korean entertainers rushed to the coast to help wash oil-stained rocks.

I wonder whether the Japanese pop stars will also toil and moil at the scene of the reconstruction.