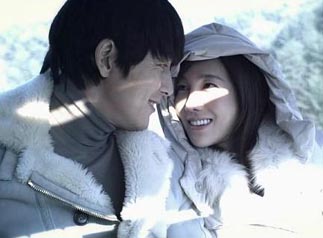 Jung Woo-sung and E Jiah have announced that they are dating.

Jung made the announcement on his official fan club site on Sunday. In the statement he said that he had “recently begun to date someone” he had met through “Athena: Goddess of War,” the popular SBS series that ended last month.

Rumors that the couple were dating began circulating after a Korean traveler captured the two together in Paris earlier this month.

Jung has been featured in many hit films including “Rein of Assassins” (2010) and “The Good, The Bad, The Weird” (2008). E is a rising starlet who has appeared in drama series including “Beethoven Virus” (2008).