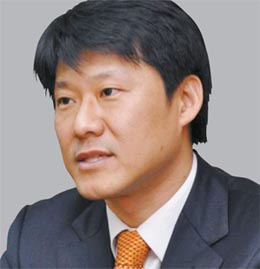 In life, tragedy can strike at any moment. In the aftermath of the March 11 earthquake and tsunami in Japan, which have dominated headlines around the world, people were reminded how quickly the vicissitudes of life can turn for the worse.

The danger of livelihoods lost to events beyond human control has existed since societies were first formed. We have long sought ways to safeguard citizens or facilitate their comeback from ruin.

A modern example is microcredit, the extension of small loans without requiring collateral or other guarantees, to help the destitute overcome poverty on their own volition by encouraging entrepreneurship.

Microcredit was introduced in Korea in 2000 by the Korea Microcredit Joyful Union, which was established with seed money from Grameen Bank to help those who were hit the worst by the Asian financial crisis.

During the last three years, much media attention has centered on microcredit and other financing programs for lower-income citizens, as the current administration has continued to push the state-run Smile Microcredit Bank.

Lee Sung-soo, executive director of Joyful Union, spoke with the Korea JoongAng Daily on the development of Korea’s microcredit system since the advent of the government’s misplaced intervention, and which microcredit model is the best fit for Korea.


Q. How has Korean microcredit fared since the advent of Smile Microcredit Bank?

Because the government is taking charge of this field, new organizations find it easier to enter microcredit through state support, but existing organizations that used to fund their own loans are encountering difficulties.

There are currently about 30 private institutions offering microcredit in Korea, but only two or three engage in microcredit as their primary operation. Joyful Union’s operations remain rather limited, having supported a total of 350 businesses and lending a total of 6.5 billion won ($5.76 million) in the last 10 years.

How would you evaluate the state-run Smile Microcredit Bank?

Smile Microcredit Bank’s establishment was positive because it brought publicity and attention to the microcredit system in Korea and enlarged the microcredit infrastructure as well as prompted diverse organizations to participate in it. However, there are profound shortcomings in terms of how it is operated.

First, when Smile Microcredit Bank allots money to private microcredit lenders, it attaches conditions such as obligatory repayment of 95 percent of the money and a 2 percent deposit of the entire sum. But in the experience of private microcredit organizations, the expected repayment rate falls between 70 and 80 percent. And NGOs often don’t have a lump sum lying around to meet the 2 percent deposit requirement.

Plus, the lending criteria of Smile Microcredit branches revolve too much around the borrower’s credit ratings, making borrowing difficult for many. In contrast, welfare-centered private microcredit institutions take income as lending guidelines.

Then what changes should be made?

The above is why many people evaluate the government’s approach to microcredit as too financially focused. Microcredit was originally about welfare - achieving the goals of welfare through finance - but that is not the case for the Smile Microcredit system.

In the end, there must be a clear-cut division of labor between Smile Microcredit Bank and private microcredit institutions.

Joyful Union began (after) the Asian financial crisis, but what surprised me is that even now, 50 percent of loan applicants (at Joyful Union) are those that were affected by the crisis. Even a decade later, the effect of that crisis remains strong for the poor in society as many still find it hard to get back on their feet, or have given up trying. So if the microcredit model can be largely divided to that of emerging nations and developed nations, the Korean model is closer to the latter.

Simply handing out money isn’t enough in Korea. Helping the individual manage the money well without losing it all again is important. So aftercare programs such as helping the borrower establish the business, market and so forth become more crucial. This is why we began the social franchise “Joyful People,” which was begun last year.

What do you see as the future of Korean microcredit?

Some ask whether microcredit is really necessary in our country. As job creation revolves around the expansion of local conglomerates, it does not address the problem of job availability for the underprivileged. And that is where microcredit comes in. Microcredit supports self-employment, and such attempts must be encouraged in Korea.

Financial institutions that cater to lower-income citizens such as credit unions and private lenders must do their part. Meanwhile, private microcredit organizations such as Joyful Union will operate under a clear goal of welfare work. It will be important to develop a microcredit system that better fits Korean society and builds up know-how while attempting new breakthroughs such as social franchises.