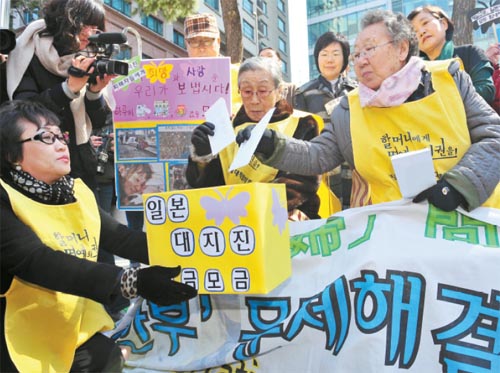 Korean “comfort women” who were victims of sexual slavery during Japan’s colonial rule, donate money to help Japanese suffering from the March 11 massive earthquake in eastern Japan as they gather in front of the Japanese Embassy in central Seoul, yesterday. The donation was made during a weekly protest by the comfort women and their supporters against the Japanese government for refusing to apologize and offer compensation for their treatment. [NEWSIS]