The responsibility to protect fulfilled

The responsibility to protect fulfilled 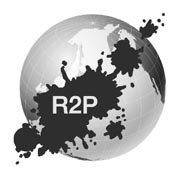 We have witnessed two of the worst crimes against humanity in recent years: the Rwandan Genocide and ethnic cleansing in Serbia.

The first was sparked when the plane on which the president of Rwanda was traveling was shot down by a missile on April 6, 1994. The killing of the Hutu president escalated to a tribal conflict and retaliation against the Tutsi, a rival tribe, ensued.

Rwanda is a small country with a population of only 7 million and an area one tenth of the size of the Korean Peninsula. Ethnically, it is a mixture of 85 percent Hutus and 15 percent Tutsis. Differences between the Hutu and the Tutsi caused them to repeat their history of hostility and confrontation. In little over 100 days, the Hutu massacred 800,000 Tutsi.

In eastern Europe, a bloody clash between Albanian Kosovo residents, who demanded independence, and Serbian government forces broke out in 1998. Serbia carried out ethnic cleansing of Albanian residents. The lives of 100,000 Albanians were sacrificed and some 300,000 were made refugees.

After the terrible incidents broke out, the international community adopted the principle of the responsibility to protect, or R2P, at the UN World Summit in September 2005. It was proclaimed that the international community should take stern measures, including collective use of force, to protect the people of a country that was threatened with genocide, war crimes, crimes against humanity and ethnic cleansing, if peaceful means did not work. In an address in Berlin in 2008, UN Secretary General Ban Ki-moon specified the scope of R2P as “timely and decisive measures.”

The allied forces of the United States, United Kingdom and France carried out that responsibility to protect when they launched air strikes against Libya.

The dictators of the world who have committed human rights violations against their own people must be watching the Libyan situation with anxiety. North Korea’s Kim Jong-il must be one of them. Now, they face a reality in which the international community intervenes militarily in internal matters for humanitarian purposes. Kim Jong-il should realize that it was an international NGO, the International Coalition for the Responsibility to Protect, that demanded military intervention in Libya. His futile desire for third generation succession will only bring calamity upon himself.