Renewing the fight against tuberculosis

Renewing the fight against tuberculosis 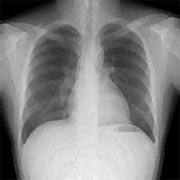 On the evening of March 24, 1882, physician and microbiologist Robert Koch stood before some 100 scientists and scholars at the Physiological Society of Berlin and gave a presentation that included a detailed description of mankind’s most vicious enemy: Mycobacterium tuberculosis. It was the first the world had seen of the bacterium that causes tuberculosis. Today, Koch is the most celebrated and significant scientist in the history of the fight against tuberculosis. In celebration of his achievements, March 24 is designated as World Tuberculosis Day.

Tuberculosis is one of the oldest diseases in the history of humanity. Signs of tuberculosis can be found in the Stone Age skulls from 5,000 B.C. discovered in Heidelberg, Germany. Tuberculosis decay was also found in Egyptian mummies from 3,000 B.C. Ancient Koreans also suffered from the deadly disease as shown by records from the Three Kingdoms period.

Tuberculosis spread all over Europe from the 18th to 19th century, killing 25 percent of the population. Tuberculosis patients typically had pale complexions, so the disease was called the “white plague.” In medieval Europe, the pestilence left the skin of the sufferer black, and people called the disease the “black death.”

Numerous writers and artists described the painful disease in their works. D.H. Lawrence, a tuberculosis victim, wrote in his novel “Ship of Death”: “Piecemeal the body dies, and the timid soul has her footing washed away, as the dark flood rises.” Edvard Munch’s “The Scream” may be an expression of the anguish he felt after his mother died of tuberculosis when he was five and his favorite sister when he was 14. The patients depicted in the stories of Lee Gwang-su, who died of tuberculosis, almost always suffer from the disease. To Lee, tuberculosis was a symbol of anxiety, loneliness and lack of love.

Tuberculosis is considered a disease of the past and is often associated with poverty and malnutrition. But the number of tuberculosis cases has increased recently. Around 35,000 people have been newly diagnosed with tuberculosis. Absurdly enough, Korea has the highest tuberculosis outbreak and death rate among the members of the Organization for Economic Co-operation and Development. One of the causes is the compromised immunity of young people, who are stressed about college admissions, and their diet. Although we regard it as an anachronism, tuberculosis remains a threat, and we must renew our determination to fight it.