A poetic miracle to calm the sea

A poetic miracle to calm the sea 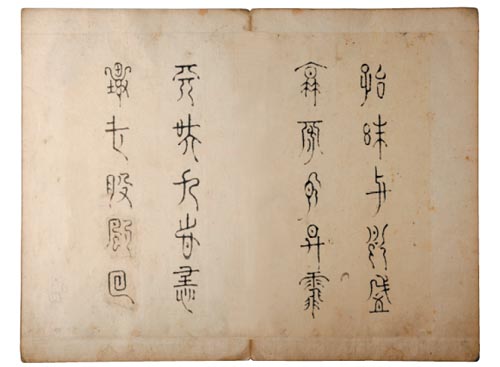 Name: Manuscript from the East Sea Stele in Cheokju


According to legend, Heo Mok (1595-1682), a magistrate in Cheokju (present-day Samcheok, Gangwon), performed something of a miracle when he inscribed the poem “An Ode to the East Sea” on this stele. The legend says that the poem calmed the rough tidal waves of the sea, which had up to that point devastated the coastal areas under his jurisdiction.

In Heo’s time, the calligraphy was criticized for being grotesque. But nowadays, Heo is known for transforming Korean calligraphy beyond the techniques handed down from China.

His work is highly esteemed as an example of 17th century calligraphy and its exquisite strokes are what make the calligraphy extraordinary.