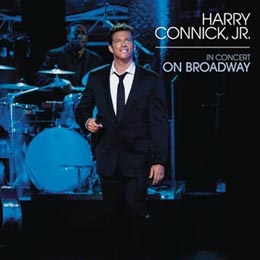 On the Sinatra family Web site, there’s a debate as to whether Harry Connick Jr. is a successor to Frank or just a neo-Bobby Darin. The family’s posts are kind, but Sinatra extremists are not. This concert CD will play into the naysayers’ hands.

Few singers have been as dedicated to the Sinatra school as Connick, and his phrasing and vocal control remain impressive. But this CD reminds you that Connick is more of a video artist than an audio one: his good looks and earnestness in performance are best seen.

For sheer listening, his lively Bossa nova and New Orleans songs are good. “How Insensitive” is a loving cover of Sinatra’s version from the famed album with Antonio Carlos Jobim, reedy and scratchy and successfully sad.