Rare production of Verdi opera returns to the Korean stage

Rare production of Verdi opera returns to the Korean stage 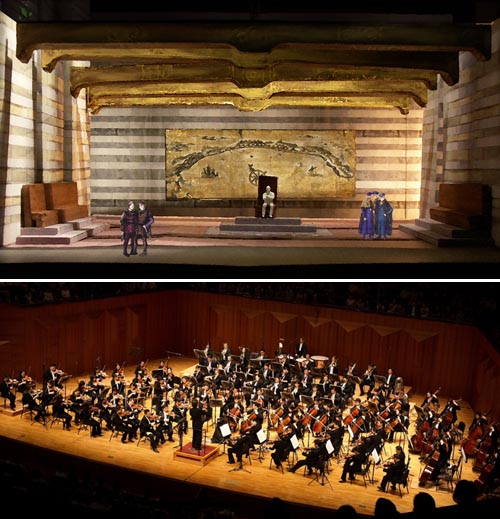 The Italian creative team behind the Korea National Opera’s upcoming production of “Simon Boccanegra” released the above sketch of one of the sets. The opera, which runs from April 7-10 at the Seoul Arts Center’s Opera Theater in southern Seoul, will be directed by Italian director Marco Gandini and conducted by Chung Myung-whun, who leads the Seoul Philharmonic Orchestra, below. Provided by Korea National Opera


“Simon Boccanegra,” which was first performed in Korea in 2001 by the Korea National Opera, is back.

The rarely performed opera, which weaves together tales of political and familial intrigue, will run from April 7-10 at Seoul Arts Center’s Opera Theater in southern Seoul in a production led by renowned Korean conductor Chung Myung-whun and designed by a creative team from Italy. The opera will be presented in Italian with Korean supertitles.

“Simon Boccanegra” was composed by Giuseppe Verdi and written by Antonio Garcia Gutierrez. It was first performed in 1857 in Venice, but Verdi spent the next 25 years revising the piece and it was presented again at the La Scala Opera House in Milan.

The story unfolds in Genoa in 14th century Italy and tells the story of the title character, a commoner who aspires to be governor to win the love of the daughter of an aristocrat. Boccanegra devotes his life to bringing peace to Genoa but is assassinated amid political tensions in the state. 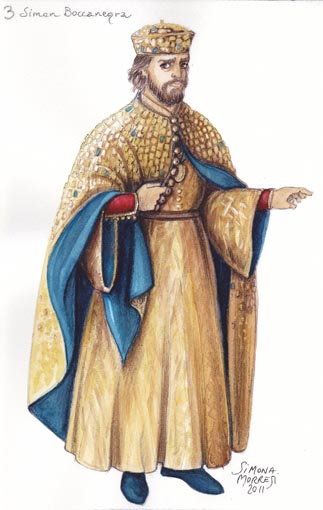 The opera will be conducted by Chung, who made his debut at the Metropolitan Opera with “Simon Boccanegra” back in 1986. In this production, he will lead the Seoul Philharmonic Orchestra, where he is artistic director.

He will work with an Italian creative team that includes set designer Italo Grassi, lighting designer Marco Filibeck and costume designer Simona Morresi. The KNO said it is excited about working with Gandini once again.

“Morresi showed excellence in recreating delicate details with the designers the last time we worked with him, so we invited him to work with us again to create an exquisite setting for the Italian city state,” said Hyuny Kang of KNO’s public relations team.

Meanwhile, the Italian creative team has released images of the costume and set designs, which show their commitment to recreating the look and feel of 14th century Italy, with the addition of their own stylistic touches.

“We wanted this piece to have as many historical details as possible, down to the smallest prop,” Kang said.