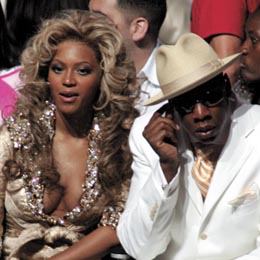 NEW YORK - An NBA spokesman confirms that the league is investigating Jay-Z’s presence in Kentucky’s locker room after the Wildcats clinched a Final Four berth.

The rapper visited the players after their victory over North Carolina on Sunday at the Prudential Center in Newark, N.J., home of the Nets. Jay-Z is a part-owner of the team and attended the Nets’ 120-116 loss at New York on Wednesday.

NBA rules prohibit personnel from having contact with players who are not yet draft eligible, and spokesman Tim Frank told The Associated Press the league is looking into it.