A gentle wave of change in the North?

A gentle wave of change in the North? 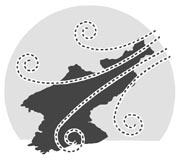 Benchmarking is a common tactic for late starters who want to catch up.

The Russian Empire, which had been treated as a savage land until the 18th century, emerged as a powerful state thanks to benchmarking. In 1697, Peter the Great organized the Grand Embassy, a team of some 250 diplomats, and sent the mission to Western Europe. During the 18-month tour, they visited many countries and learned the advanced civilization of Western Europe. The 25-year-old emperor himself joined the journey incognito, pretending to be one of the servants. Upon returning to Russia from the Western European tour, Peter the Great pursued sweeping social and political reforms.

Over 170 years later, Japan dispatched a similar diplomatic mission abroad. In 1871, Iwakura Tomomi, the foreign minister, led the Iwakura Mission, a team composed of about 50 diplomats that toured 12 countries for 22 months, starting in the United States. Ito Hirobumi, who became the first prime minister of Japan and played a key role in the annexation of Korea, was a member of the mission. The Japanese Empire had great hopes for the mission and allocated 2 percent of the state budget to the journey. That is the equivalent to Korea spending 6 trillion won ($5.5 billion) of this year’s 309 trillion won budget.

Korea’s overseas mission was the Sinsa Excursion Group sent to Japan in 1881. In order to disguise their true intention, they called themselves an “excursion group” and pretended to be undercover inspectors. In Japan, they formed smaller groups and had homestay experiences. Although Japanese authorities sensed the purpose of the visit, high-ranking officials welcomed and guided them. The group toured Japan for four months and, upon returning to Korea, they initiated a raft of modernization policies. Times have changed, and now missions from Asia and Africa come to Korea to learn about the advances Korea has made.

A 12-member economic mission from North Korea returned Sunday from a two-week crash course on American capitalism. They visited Wall Street, Silicon Valley and even the Universal Studios theme park in Los Angeles. Historically, diplomatic journeys and missions that have become meaningful have been followed by large-scale reforms. Hopefully, the North Korean delegates will start a gentle wave of change in North Korea by spreading what they have seen, heard and experienced during their tour of capitalist America.