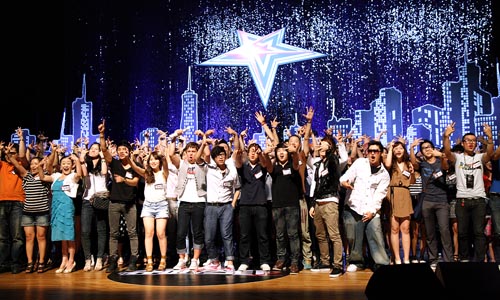 
While music competition reality shows have been a springboard for talented individuals, appearing on these shows has actually been a double-edged sword for the majority of aspiring singers. They may win fans and record deals, but many winners of cable music-reality shows have complained they are getting short shrift on the three major television networks - KBS, MBC and SBS - which have featured precious few of them on their music programs.

After winning the first season of popular show “Superstar K” on cable network Mnet, singer Seo In-guk thought he had it made. His appearance on the show won him a steady fan base and led to the release of his first album “Calling.” Several of the songs off of the album went to No. 1 on the local music charts, including Mnet’s popular music ranking program “M Countdown,” and it seemed it would be only a matter of time before he would be booked on the three networks’ music programs.

But despite his achievements, the doors to these channels have largely remained shut, except for an appearance on the KBS show “Music Bank.”

Another reality show contender who has been denied opportunities on network TV is Gil Hak-mi, who released her first album “Super Soul” after placing third on season one of “Superstar K.”

Like Seo, Gil actively pursued a professional singing career after the release of her first album. She collaborated with various musicians, most notably hip-hop artist Double K, who featured her in his song “Favorite Music.”

But it soon became clear that Gil was also getting the cold shoulder from the three networks. When Double K appeared on the popular MBC program “Show! Music Core,” many assumed she would appear as the guest vocalist. But when the show aired, she had been replaced with another singer.

The absence of cable stars on network music shows has prompted speculation about the networks’ motives. 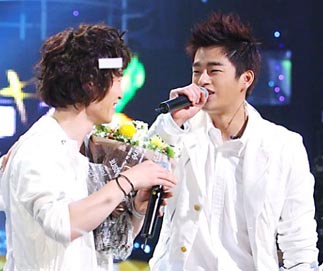 Hur Gak, Jang Jae-in and John Park were the biggest stars from the second season of “Superstar K” but not one has ever appeared on a music program on one of the three major networks (though they have made appearances on network talk shows).

When asked why networks refuse to invite cable television stars to appear on their music programs, one high-ranking network television official who asked to remain anonymous said he thinks the stars’ success has been a blow to the networks’ pride.

“But they should know that the winners of their reality shows could also face the same problems,” he said. “It’s very narrow-minded of [networks] not to host these successful singers just because they are from cable channels.”

Despite the impact on the aspiring singers’ careers, others in the industry have said they see a bright side to the networks’ behavior.

Song Weon-seop, director of the new broadcasting channel jTBC, which is owned by the JoongAng Ilbo, says that the networks’ exclusion of cable stars signals that cable channels have become viable competitors in the television market, something they have never been in the past.

In its second season, “Superstar K” earned an unprecedented audience share of 18.1 percent and received upwards of 1 million applications less than a month since they began accepting applications for season three, which starts in August.

“In the past, networks like MBC didn’t bother worrying about the success of cable TV stars because they never recognized cable channels as competitors,” Song said.

To keep up with the cable stations, MBC and other networks launched a string of reality competition shows last year, including “Star Audition: The Great Birth,” which is similar in format to “Superstar K.” The two shows will air in the same time slot later this year.

Despite the lack of attention from network music programs, “Superstar K” winners have begun to make inroads to network TV.

“More ‘Superstar K’ season two finalists are signing contracts with major entertainment agencies, which means that appearances on the networks are sure to follow,” said Jeong Deok-hyun, who writes a well-known pop culture blog. “But in the end, it will be the singers’ talent that determines their success.”