Kim and Yoo break it off after 3-year relationship

Kim and Yoo break it off after 3-year relationship 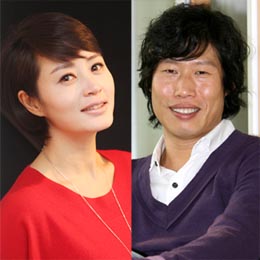 Celebrity couple Kim Hye-su and Yoo Hae-jin confirmed on Monday that they have broken off their three-year relationship.

According to Kim Nam-hyung of GF Entertainment, Kim’s management agency, the two broke up in January.

“It is true that the two have broken up,” Kim said. “But we do not know why they decided to break up. They have private reasons.”

The couple first met in 2001 after shooting the movie “Kick the Moon” (2001) and had become close in 2006 after appearing together in “The War of Flower” (2006). Rumors that the two were an item came up in 2007 and the couple finally made their relationship official after paparazzi photos of the two together were published in January 2009.

The agency added that Kim and Yoo would remain friends. Yoo’s new movie, “Sleeping with the Enemy,” comes out on April 28.