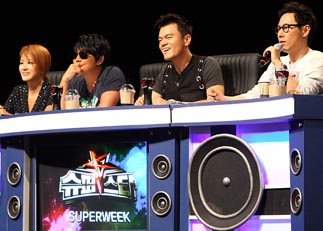 The cable television show began accepting applications at midnight on March 10, either by telephone or by posting a user-created video on the show’s Web site.

And for the first time ever, the show will accept bands as audition candidates. The winner of the show will receive 500 million won ($454,545) in prize money.