No green light for ‘The Great Catsby’

No green light for ‘The Great Catsby’ 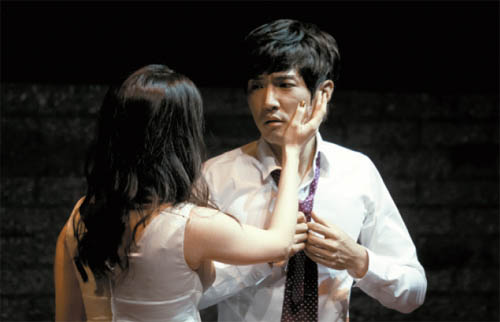 Catsby, played by former g.o.d. member Danny Ahn, reacts after his girlfriend tells him she is leaving him in “The Great Catsby” at CGV Pop Art Hall. Provided by Story P


When I heard that Danny Ahn, who used to be with the band g.o.d., was starring in the new musical “The Great Catsby,” I had my doubts. He was the band’s rapper and didn’t sing, but now he had top billing in a musical. Sadly, my expectations were not far off the mark.

The musical is based on a popular Web comic of the same name by cartoonist Kang Do-ha that was originally published on Daum in 2005. It was also made into a television series on cable channel tvN in 2007.

As its name indicates, the plot is loosely based on the novel “The Great Gatsby” by F. Scott Fitzgerald.

Catsby (Ahn) is a jobless 26-year-old college grad who lives with his friend Hound (Choi Dae-cheol), a tutor. Catsby has been in a relationship with his girlfriend, Persu (Kim Na-rae), for six years, but one day she dumps him to marry a rich widower. 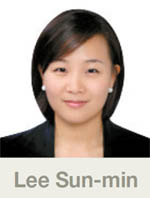 Things don’t seem like they could be worse for Catsby until he gets a call from his dad instructing him to bring home the girl he is going to marry in three days (the reason for the sudden call is never explained), so he enlists the help of a matchmaking company and is set up with a girl named Sun (Shim Eun-jin).

But just when Catsby starts to fall for Sun, Persu returns to try to get Catsby back. It’s not long before she also confesses that she is pregnant - with Hound’s baby. Turns out, she and Hound had a fling after she got married.

Sun tries to get Persu to leave, but with no luck. Hound, meanwhile, decides he needs a new life and leaves Persu and Catsby together.

Anyone who has gone through rejection can identify with the characters, but the story was not quite strong enough to hold my attention. About halfway through, I found myself wishing for a remote control so I could fast-forward to the end.

For a musical, there aren’t many songs here, and they are weak ones at that. And for a romantic drama, there weren’t many duets. Just one, actually. Given the emotional nature of the plot, it would have been nice to see more of the characters singing together.

The staging is another problem. The play has moved from its original venue in Daehangno to the much bigger space at CGV Pop Art Hall in Yeongdeungpo, a much bigger space, and the performers don’t quite have the presence to fill it.

The play does capture some of the issues people in their 20s face, but it fails to deliver its message of love and loss and ultimately left me wondering what connects Catsby to his literary forebear. He loses his friendship and is still out of a job. Is winning the heart of the one he loves his definition of success? Unfortunately, there’s no green light for this Catsby.