Let’s not settle for second place

Let’s not settle for second place 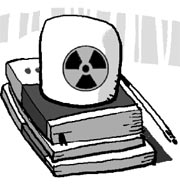 Wakeijuku is a dormitory for male university students in the center of Tokyo and accepts students from universities nearby: Tokyo University, Waseda University and Keio University. It was established in 1955 by Kisaku Mayekawa, philanthropist and founder of Mayekawa Manufacturing Company, to help talented young people from the provinces get an education. Wakeijuku alumni share a strong sense of patriotism and emphasize the senior-junior relationship. The main character in the novel “Norwegian Wood” by Japanese writer and translator Haruki Murakami lives in a dorm similar to Wakeijuku, but says he left because he did not like the atmosphere.

Wakeijuku holds regular lectures by social dignitaries. On April 13, 2008, Hiroshi Komiyama, a former president of Tokyo University, gave a lecture on how to make Japan a great country that can solve the world’s problems, stressing that a great country always contributes to the progress of history. He mentioned the energy problem and boasted about his “eco-house.” He said he saved 80 percent on energy consumption in 2002 by building his house with special insulation materials and solar cells.

Nine years have passed since then, and Japan is now agonizing over problems caused by its nuclear power plants. It is working to solve the problems of the world.

Recently, the debate over nuclear power plants has flared in Korea, too. Perhaps, it is more profitable for Korea to wait for Japan to come up with a solution. But if we were to become the first country to find a solution to the renewable energy conundrum, we would be considered an advanced country capable of solving a global problem.

Remember, the winner sets the standard and the runner-up copies it. Those who are satisfied with copying will always remain in second place.