A scenic and detailed look at Mount Geumgang

A scenic and detailed look at Mount Geumgang 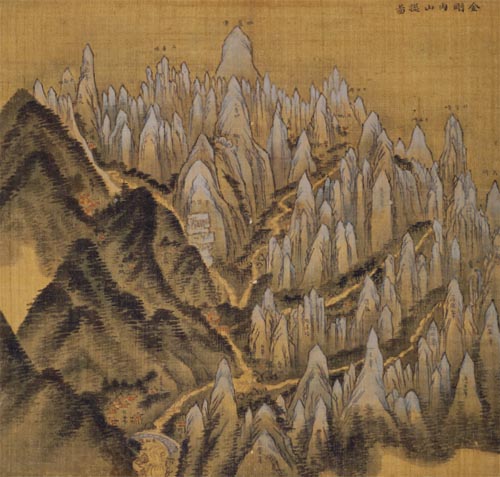 This painting by Jeong Seon (1676-1759) is the earliest of his dated paintings — he completed this work at age 36. The album consists of 13 leaves depicting the scenic inner, outer and coastal regions of Mount Geumgang. Also included is a dated inscription (1711) and a recounted story of a man called Baek Seok Gong. Jeong Seon painted this during his second trip to Mount Geumgang.

Jeong Seon’s landscape paintings tended to emphasize the more important objects. For example, the mountains in this painting are labeled, and paths are described in detail. This shows how such maps developed and prospered in the Joseon period.