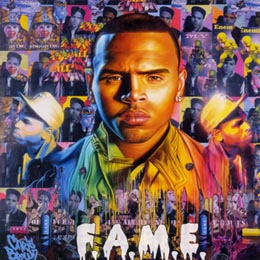 Chris Brown’s “Graffitti,” which arrived on the music scene 10 months after his attack on Rihanna, landed with a thud. But a sinister public image wasn’t his only hindrance. The 2009 album didn’t do him any favors: most of the songs were weak and simply not up to par with his past two albums, especially 2007s “Exclusive,” a near-perfect CD.

Brown is back with “F.A.M.E. (Forgiving All My Enemies),” but artistically, he’s still not all the way there. The singer, who turns 22 in May, continues to advance when it comes to making Quiet storm hits: “No Bull” is a certified R&B jam and the Ludacris-assisted “Wet the Bed” is just as good.

Even on smooth grooves that aren’t sexually charged, Brown sounds top-notch. “Deuces,” a No. 1 R&B hit, was one of last year’s best songs, and “Up to You” is destined to hit the top spot - and it deserves to.

But on the dance songs, Brown is just average. That’s unfortunate since he’s a skilled mover and is (or was) seen as the heir to Michael Jackson behind Usher and Justin Timberlake.