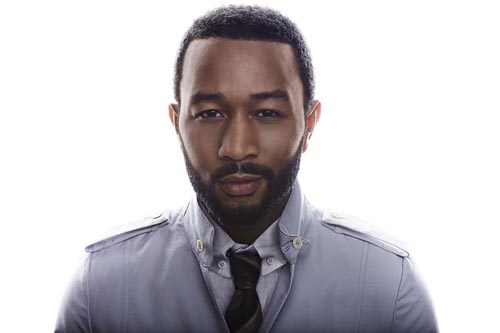 The band, which is somewhere between alternative and punk, had its first performance in Korea at the Pentaport Rock Festival in 2009.

At the concert, the band will perform songs from its new album, including “One Day,” “Dear Freedom,” “Free Star” and “Over.”

To Sunday: Seven national opera companies will perform during this festival - now in its 13th year - under the title “An Invitation to the World of Contemporary Opera.”

Giancarlo Menotti’s “The Telephone” and Seymour Barab’s “La Pizza Con Funghi” will be performed from today to April 10.

Tuesday: Brazilian guitarist Gilberto Gil is both a musical innovator and a political figure, and has seven Grammys and 52 albums to his name. His music reflects influences from rock, samba, African and reggae.

Tuesday and Wednesday: American recording artist and nine-time Grammy award winner John Legend is coming to Korea. Legend got his start recording with artists such as Alicia Keys on “You Don’t Know My Name.” His first album, “Get Lifted,” was released in 2004.

April 20 & 22: Unsuk Chin, a Korean classical music composer and cellist based in Berlin, comes to Korea for her first concert.

Chin was awarded the Grawemeyer Award in 2004 and the Arnold Schonberg Prize in 2005.

For the second performance at Seoul Arts Center, she will present the Korean premiere of “Cello Concerto,” which she composed.

April 27: Romanian soprano Angela Gheorghiu - two-time winner of the Female Artist of the Year award at the Classical Brit Awards in 2001 and 2010 - will hold her first concert in Korea.

She will be joined by tenor Marius Brenciu and conductor Ion Marin.

The program also includes duets such as “O soave fanciulla” from Puccini’s “La boheme” and “Muzica” by George Grigoriu.

April 30: Lim Dong-Min is a classical pianist who has won numerous awards from well-known competitions. He won the Chopin Competition for Young Pianists in Moscow at the age of 16 and in 2005 he tied for first at the 15th International Frederic Chopin Piano Competition in Warsaw, Poland.

At this recital, he will be playing pieces such as Chopin’s Nocturne, Op. 55, No. 2, and Barcarole in F sharp Major, Op. 60, as well as Musorgsky’s “Pictures at an Exhibition.”

This production, set in ancient Korea in Manchuria, blends elements of traditional Korean dance - including a sword dance, a flower dance and a fan dance - with more traditional ballet and modern dance choreography.

To Sunday: Amy Mihyang presents the Asian premiere of “between,” a one-woman show that had its world premiere at the Edinburgh Fringe Festival in 2006.

In the play, which combines work by Asian and adoptee writers, Mihyang examines her identity as a Korean-American woman, a New Yorker, and a transracial adoptee. Through her portrayals of various characters who have entered her life, Mihyang creates an intimate portrait of the adoptee experience.

Performances start at 8 p.m. on Friday, at 4 and 8 p.m. on Saturday, and at 4 and 6 p.m. on Sunday. There will be a Q & A with the audience following the 4 p.m. Saturday performance.
Tickets are 15,000 won. All proceeds will go to the Korean Unwed Mothers & Families Association, the only Korean group created and run by unwed mothers.
Itaewon Station, line No. 6, exit 3
ticketing@seoulplayers.com, www.seoulplayers.com

Music is by Frank Wildhorn (“Jekyll and Hyde” and “Tears of Heaven”).

“Uboosasisa” is a setting of a series of sijo poems written by the mid-Joseon Dynasty nobleman Gosan Yun Seondo in the form of a cantata. The poems portray scenes from four seasons in a fishing village and the concert is a blend of Korean and Western-style music.

To Sunday: This play, directed by Oh Tae-suk, blends mask-dance styles from different regions of Korea to tell the story of a young lion named Geum-hwa who transforms herself into a human being, falls in love and learns that being human is not as easy as she thought it would be.

April 23: An Sur-yeon is a haegeum (a traditional instrument resembling a fiddle) player and singer who is a member of the National Orchestra of Korea. She will perform hits such as “My Heart is Azure,” “Czardas” and “Amazing Grace.”