A tax evader, not the Onassis of Korea

A tax evader, not the Onassis of Korea 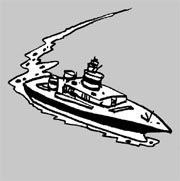 Skorpios, a small Greek island in the Ionian Sea, became the focus of the world’s attention on Oct. 20, 1968, when Aristotle Onassis, a Greek shipping magnate, married Jacqueline Kennedy, the widow of the late U.S. President John F. Kennedy. The union between the richest man in the world, who was in his 60s, and the former first lady, who was in her 30s, became the object of envy, jealousy and curiosity.

Kennedy - intelligent, beautiful and fashionable - was more popular in her time than Carla Bruni, the current first lady of France.

Before his union with Kennedy, Onassis was famous for his affairs with famous women, including the soprano of the century, Maria Callas. He held a party on his luxury yacht Christina - named after his first wife - and it was difficult for the uninvited to call themselves a dignitary. He exercised his influence through his interactions with politicians, royals and other prominent figures, including former Prime Minister Winston Churchill of Britain.

He emigrated to Argentina when he was a child and made a fortune there starting from scratch. After making money in the tobacco trade, he bought six old freighters and started a shipping business. Riding the tide of the shipping boom through World War II, he became a shipping magnate with a fleet of 100 ships, including oil tankers and freighters. At one point, he founded Olympic Airways, the Greek national carrier, and financed the Olympic Tower in Manhattan. When he died in 1975, he left an inheritance worth $13 billion, including his shipping company and expensive paintings.

A Korean Onassis has recently emerged out of the blue. The National Tax Service imposed a fine of 410.1 billion won on Gwon Hyeok, chairman of Sido Shipping Company, and the prosecution is investigating him on tax evasion charges. Although he owns a fleet of 175 freighters and oil tankers - even more than Hanjin Shipping Co. - he has lived in obscurity.

The tycoon denies the allegations, arguing he has no obligation to pay taxes in Korea since he has been doing business overseas.

A punitive tax is more terrifying than a tiger, yet people will do what they can to avoid paying taxes. It appears that the shipping magnate, who is a Korean national, has neglected his legal obligation to pay taxes.

I wish he would have kept his designation as the Onassis of Korea rather than being prosecuted as a tax evader.