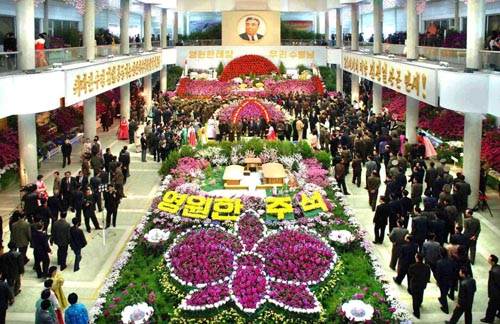 The annual festival for the Kimilsungia flower, a hybrid orchid named after the North Korea’s founder, Kim Il Sung, kicked off in Pyongyang Wednesday. In this photo released by the North’s Korea Central News Agency, yesterday, the flowers formed together to read “eternal president.” Kim’s birthday is today. [YONHAP]