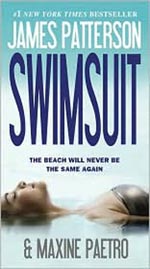 Syd, a breathtakingly beautiful supermodel on a photo shoot in Hawaii, disappears. Fearing the worst, her parents travel to Hawaii to investigate for themselves, never expecting the horror that awaits them.

LA Times reporter Ben Hawkins is conducting his own research into the case, hoping to help the victim and get an idea for his next bestseller.

But Ben gets a shocking visit that pushes him into an irresistible deal with the devil.

A heart-pounding story of fear and desire, “Swimsuit” transports readers to a chilling new territory where the collision of beauty and murder transforms paradise into a hell of unspeakable horrors. -From the publisher 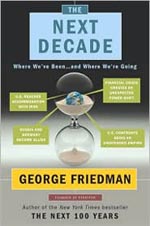 Using Machiavelli’s “The Prince” as a model, Friedman focuses on the world’s leaders - particularly the American president - and with his trusted geopolitical insight analyzes the complex chess game they will all have to play.

The book also asks how to be a good president in a decade of extraordinary challenge and puts the world’s leaders under a microscope to explain how they will arrive at the decisions they will make - and the consequences these actions will have for us all. -From the publisher 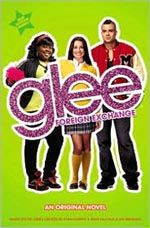 McKinley High goes international and invites a French glee club to town. In this hilarious culture-clash story, Kurt gets an entourage, Finn falls for a new girl and Puck realizes that some suave moves are lost in translation.

In this second original novel, you’ll get more mash-ups, more show-mance, and more Sue in a brand-new story approved by the creators of “Glee.” -From the publisher


Seekers #6: Spirits in the Stars 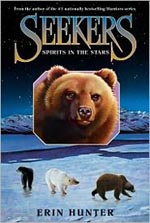 United once again, Toklo, Lusa, Kallik, and Ujurak continue across the ice. Conditions are harsh and especially treacherous for the black bear and grizzly bears who are not used to the brutal cold, never-ending snow and limited food. But the bears are certain now that they’re on the right course and with the stars still guiding them, they push forward.

When they reach land at last, the group is overjoyed, but something is not right. The bears who live here are ill. What’s wrong with them? What can the foursome do to help? Is aiding these strangers the ultimate goal of their quest?

The bears must make a critical decision . . . and for one bear the path ends here. -From the publisher 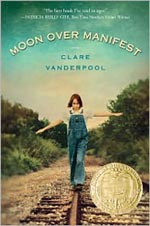 Abilene Tucker feels abandoned. Her father has put her on a train, sending her off to live with an old friend for the summer while he works a railroad job. Armed only with a few possessions and her list of universals, Abilene jumps off the train in Manifest, Kansas, aiming to learn about the boy her father once was.

Having heard stories about Manifest, Abilene is disappointed to find that it’s just a dried-up, worn-out old town. But her disappointment quickly turns to excitement when she discovers a hidden cigar box full of mementos, including some old letters that mention a spy known as the Rattler. These mysterious letters send Abilene and her new friends, Lettie and Ruthanne, on an honest-to-goodness spy hunt, even though they are warned to “Leave Well Enough Alone.”

Powerful in its simplicity and rich in historical detail, Clare Vanderpool’s debut is a gripping story of loss and redemption. -From the publisher