An end to violence in the legislature

An end to violence in the legislature 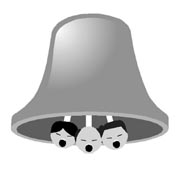 Thomas Jefferson, one of the founding fathers of the United States, wrote in his “Manual of Parliamentary Practice for the Use of the Senate of the United States” that: “No one is to disturb another in his speech by hissing, coughing, spitting, speaking or whispering to another, nor to stand up or interrupt him.” It sounds like a rule for an elementary school classroom.

The U.S. Congress is considered a model of democracy, but it has a few incidents of violence in its history. In one incident in 1856, Congressman Preston Brooks went into the Senate chamber and beat Senator Charles Sumner with his walking stick, leaving him covered in blood. Sumner had made a speech a few days earlier and insulted Senator Andrew Butler, who was a relative of Brooks. After the incident, congressmen started carrying canes and pistols to protect themselves.

Violence in parliament was also a problem in England. There is a set of red parallel lines on the floor of the British Parliament, two sword-lengths apart. The opposing members of parliament sit on either side of the lines, and they are not allowed to cross. When parliament members carried swords in the past, the party line kept them separated to prevent collisions. Many members had cussed or used inappropriate language. As punishment for insulting the parliament they were locked up in a small room inside Big Ben, where they had to listen to the thunderous clang of the bell.

Fist fights have disappeared in the U.S. and Britain. Voters have become mature enough not to support politicians who have a history of violence. Moreover, the legislatures made strenuous efforts to improve the manners and dignity of their members. Ten of the first 20 Standing Rules of the U.S. Senate are related to codes of conduct. The rules became increasingly strict and, after the altercation between Tillman and McLaurin in 1902, a new provision was added, “No senator in debate shall, directly or indirectly, by any form of words impute to another Senator or to other Senators any conduct or motive unworthy or unbecoming a Senator.”

Physical clashes inside the National Assembly over the free trade agreement between Korea and the European Union are making headlines. Whenever there is violence in the National Assembly, citizens criticize lawmakers for their lack of decency, but there has been no change. Only a thorough overhaul of the rules and their strict application will fix the problem.