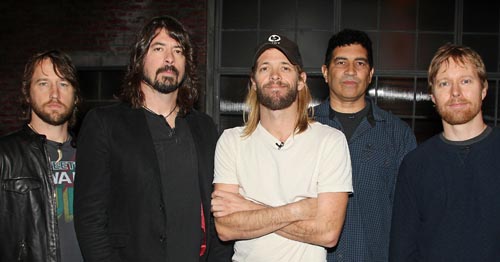 Alternative American rock band the Foo Fighters charged straight to the top of the U.K. charts with their new album on Sunday, ending English soul singer Adele’s 11 week reign at No. 1.

Since their debut album in 1995, they have sold over 4.5 million albums in the U.K. alone, the Official Charts Company said.

Glee Cast’s “Glee The Music Volume 5” entered at No. 4 and “Paper Airplane” by Alison Krauss & Union Station reached No. 11.