SEEKERS OF THE FUTURE OF MEMORIES 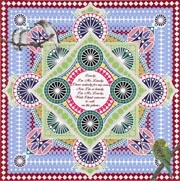 To May 1: Gana Art Center presents around 50 contemporary artworks in the fields of painting, sculpture and film.

Paradoxically, the digital age has produced the desire to revert to memories. The exhibition features both dramatic and symbolic moments from nature while displaying private memories that straddle the boundaries between past and present.

Eleven artists reconstruct memories and traces of their lives through the use of unique colors and shapes. In this way, their artworks show that they are the products of their own experiences rather than mere images.

Artist Park Ji-hyun makes holes on paper by burning incense as if trying to use the holes to transcend time and space. Kim Ji-won insinuates the veracity of life from birth to death.

The role of the mass media, which plays a huge role in producing memories in modern consumer society, as a producer of images is also dealt with in the exhibition. 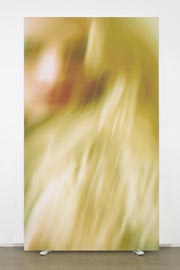 To May 14: PKM Trinity Gallery is holding a solo exhibition of artist Cody Choi entitled “2nd Chapter of Post-colonialism.”

The artist immigrated to the United States while he was in college in 1983. After studying design and fine arts at Art Center College of Design Pasadena in Los Angeles, Choi went on to hold exhibitions, primarily in New York.

As an expat who has spent around 20 years in the States, his search for identity dominates his work. The exhibition features artworks that deal with the theme of Koreans and Korean culture as seen through the eyes of Choi, who is presented as a “dual stranger” in the sense that he has been estranged from his country after many years abroad.

Through his artworks, Choi emphasizes that the standard of beauty in Korea has been Westernized, calling it “The Gift.” His works point to the idea that beauty is the fabricated concept of a counterfeit culture.

The exhibition is a self-portrait of Korean culture from the perspective of a marginal man.

The gallery is open from 10:30 a.m. to 6 p.m. Mondays through Saturdays.
The gallery is located in the Trinity Place building across the street from the Galleria Department Store’s east wing in Cheongdam-dong.
Apgujeong Station, line No. 3, exit 2.
(02) 515-9496 or visit www.pkmgallery.com

To June 19: The Seoul Museum of Art is presenting the annual Seoul Art Exhibition.

This year’s exhibition is devoted to hyper-realism and paintings. The displayed paintings look so real that passersby may mistake them as photographs.

For example, in Ju Tae-seok’s “Rail-road,” the position of the stones and the texture of the railroad look just like a real snapshot of the scene. “Tree” by Choi Sug-woo lures the audience into thinking they are hearing the sound of the wind blowing among trees. 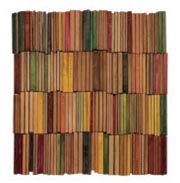 To May 15: Gallery Hyundai Gangnam is holding the solo exhibition of artist Kim Duck-yong.

Kim’s work showcases the beauty of Korea through the use of wood, which he sees as a material abundant in the vitality of nature.

The artist said that memory is a destined symbol and he projects this symbol onto the wood while also interacting with the material.

Books also play an important role in Kim’s works. The artist camouflages them by cutting and polishing the wood. Though the books cannot be open and read, the titles and pictures on the covers allow viewers to guess what they are about. As the books mainly revolve around the subjects of “art” and “mother,” they are linked to the invaluable memories and identity of the artist.