Cause of death for model still not known

Cause of death for model still not known 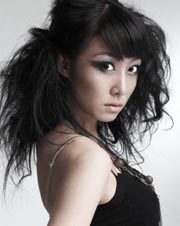 Police investigating the death of 22-year-old model Kim Yu-ri said that results of an autopsy yesterday weren’t enough to determine the cause of death and they plan to conduct a biopsy.

“It’s difficult to determine the exact cause of death with what we have now,” said a police investigator. “The autopsy showed there were no external or internal wounds. There were no signs that she took [an overdose of] medication. To find the exact cause of her death, we need to conduct a biopsy test and that takes about 20 days.”

According to Gangnam police, Kim, who debuted in 2007, was found in bed in her apartment in Samseong-dong, Gangnam, at 6 p.m. on Monday. After her friend discovered her, Kim was rushed to Seoul Medical Center, where she was pronounced dead.

The friend told police that she became suspicious and went to check on Kim because she hadn’t answered her calls that day.

The friend said they last talked by phone the previous day.

Before the autopsy was done, police originally looked into the possibility that the model committed suicide after they were told by the friend that Kim sent her a text message saying that she would go to bed after taking sedatives. Police said they found sedatives in Kim’s room.

Kim’s close friends said she suffered from depression after her mother committed suicide last year. Her friends said Kim, an only child, then suffered insurmountable emotional stress after her father died last year.

On top of that, Kim had trouble with a boyfriend. “Kim told me her boyfriend borrowed 5 million won ($4600) from her in early April but he ran away,” said a model industry official who asked not to be named. “I felt she was deeply shocked at how someone who she trusted and depended on betrayed her.”

Kim also seemed to be stressed out by the highly competitive modeling industry.

“We smile on the surface but we really get stressed out,” Kim wrote on her Cyworld home page. “There aren’t that many stages that models can work on in Korea and if you don’t become a top model, it’s hard to get your name passed around.”