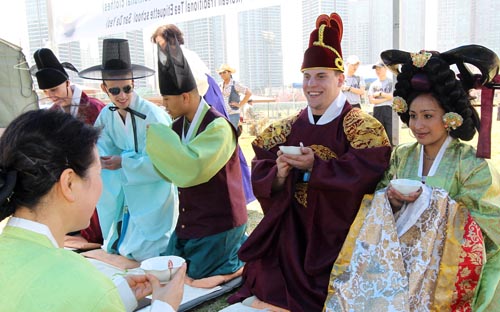 U.S. soldiers dressed in Korean royal costumes learn Korean traditional tea drinking etiquette at an event in central Seoul yesterday. It was part of Korea-U.S. friendly events organized by the 8th Army of U.S. Forces Korea in Seoul and the Korean Augmentation Troops to the United States Army (Katusa). By Kim Sang-seon