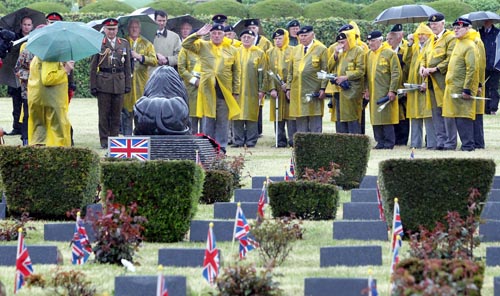 About 360 veterans and servicemen from British Commonwealth nations pay tribute at the United Nations Cemetery in Busan to the soldiers who fought in the Korean War. About 2,300 soldiers from 11 countries under the UN flag were buried in the cemetery, the only graveyard for UN soldiers in the world. By Song Bong-geun