Face of a nation

Face of a nation 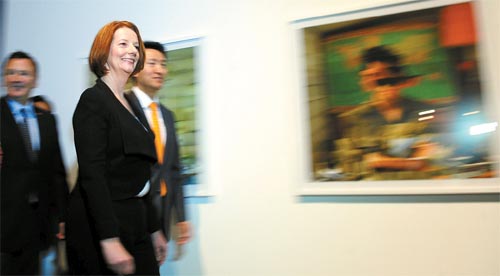 The exhibition, being held to celebrate the 50th anniversary of diplomatic relations between Korea and Australia, will continue through June 26. It focuses on current and future urban images and people from Australia and consists of two parts: “FACE TO FACE: Portraiture in the Digital Age” and “NOW and WHEN: Australian Urbanism.”