Roh to have surgery to remove needle

Roh to have surgery to remove needle 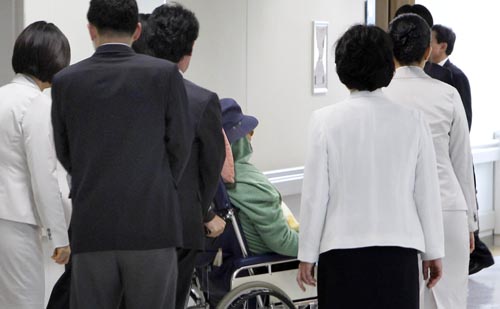 
Former President Roh Tae-woo was admitted to a hospital yesterday for a second time in less than two weeks for surgery to remove an apparent acupuncture needle found in his right lung.

Roh, 78, president of Korea from 1988-1993, was checked in to Seoul National University Hospital and is scheduled to receive surgery today to remove the needle, about 3 to 4 centimeters long, from his lung, sources said.

Last week, Roh was hospitalized for a severe cough and was found during tests to have the needle in his lung.

The needle is believed to be related to Oriental medical treatment that the ailing former leader received.

Roh was discharged from the hospital four days later after failing to have the needle removed through endoscopic surgery, sources said.

Roh’s health has been in bad condition since he underwent surgery for prostate cancer in 2002.