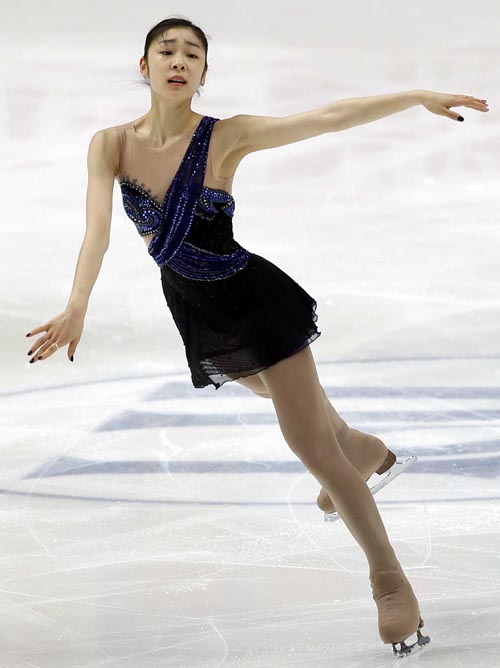 Korean figure skating queen Kim Yu-na prepares her comeback on the ice after 13 months as she rehearses for the 2011 World Figure Skating Championships, which began in Moscow last weekend. Kim was supposed to perform to music from “Giselle” at 10.46 p.m. local time yesterday. [YONHAP]