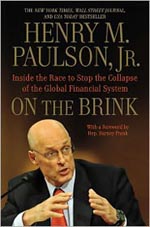 On the Brink: Inside the Race to Stop the Collapse of the Global Financial System

Hank Paulson gives readers a first-person account of the catastrophic economic events of 2008. He describes the intense moments as he addressed urgent market conditions, weighed critical decisions and debated policy and economic considerations with the CEOs of top Wall Street firms as well as Ben Bernanke, Timothy Geithner, presidential candidates Barack Obama and John McCain and George W. Bush, then the president. -From the publisher


The Healing Code: 6 Minutes to Heal the Source of Your Health, Success, or Relationship Issue 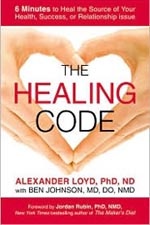 In 2001, Dr. Alex Loyd discovered how to activate a physical function built into the body that consistently and predictably removes the source of 95 percent of all illness and disease so that the neuro-immune system takes over its job of healing whatever is wrong with the body. His findings were validated by tests and by the thousands of people from all over the world who have used The Healing Codes system to heal virtually any physical, emotional or relationship issue. -From the publisher


Made to Crave: Satisfying Your Deepest Desire with God, Not Food 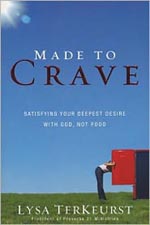 According to bestselling author Lysa TerKeurst, craving isn’t a bad thing but we must realize God created us to crave so we’d ultimately desire more of him in our lives. Many of us have misplaced that craving, overindulging in physical pleasures instead of lasting spiritual satisfaction. TerKeurst targets women struggling with unhealthy eating habits in her book and hopes to help these readers achieve their ideal weight in a healthy fashion. -From the publisher


Inside WikiLeaks: My Time with Julian Assange at the World’s Most Dangerous Website 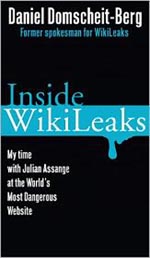 In an eye-opening account, Daniel Domscheit-Berg, the former spokesman of WikiLeaks, reveals never-disclosed details about the inner workings of the increasingly controversial organization that has struck fear into governments and business organizations worldwide and prompted the Pentagon to convene a 120-man task force. A computer scientist who worked in IT security prior to devoting himself full-time to WikiLeaks, he remains committed to freedom of information on the Internet. Today he is working on a more transparent secret-sharing Web site called OpenLeaks to be launched in early 2011. -From the publisher 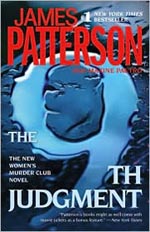 Detective Lindsay Boxer chases a jewel thief, a murderous movie star and a killer with a vendetta against women and children.

A young mother and her infant child are ruthlessly gunned down in the garage of a shopping mall. There are no witnesses and detective Lindsay Boxer is left with only one shred of evidence: a cryptic message scrawled across the windshield in blood-red lipstick.

The 9th Judgment is James Patterson at his compelling, unstoppable best. -From the publisher

Poised to become an international sensation, this is the stunning, deeply moving story of a family’s search for their mother, who goes missing one afternoon amid the crowds of a Seoul subway station.

Please Look After Mom is at once an authentic picture of contemporary life in Korea and a universal story of family love. -From the publisher