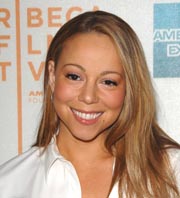 Mariah Carey and husband Nick Cannon have renewed their wedding vows in a Los Angeles hospital, just a day after the singer gave birth to twins.

Civil rights activist the Rev. Al Sharpton said in a Twitter message on Sunday that he conducted a brief ceremony at the hospital and also blessed the twins, a girl and a boy.

“Mariah looks great and the babies are beautiful,” Sharpton added in the tweet.

Carey, 41, delivered the twins by Caesarean section on Saturday morning, which is also the third anniversary of her marriage to comedian and actor Cannon.

The babies are the first children for the couple and follow a 2008 miscarriage by the Grammy award-winning singer of hits like “We Belong Together.”

Cannon, 30, said in a Tweet on Sunday that he was “in the happiest place I’ve ever been in my life. I never had more amazing things happening. I am humbled by God’s Favor!”