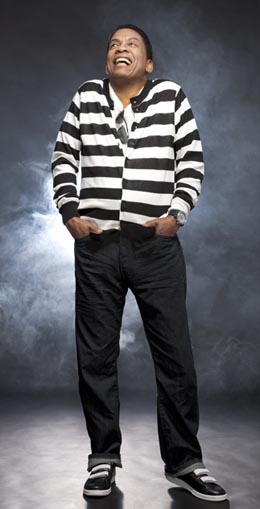 Legendary jazz pianist Herbie Hancock returns to Seoul for the first time in eight years on May 10. Provided by Southern Star Entertainment

A number of legendary jazz musicians are set to arrive in Seoul for heart-pounding gigs next week.

The first is pianist Herbie Hancock, the so-called legend of jazz, who comes back to the capital for the first time in eight years on Tuesday. The 71-year-old vocalist will bring along The Imagine Project Band, with whom the 14-time Grammy Award winner performed at the Nobel Peace Prize Concert in Oslo late last year. The band consists of keyboardist Greg Phillinganes, bassist James Genus, drummer Trevor Lawrence Jr. and vocalist Kristina Train.

Hancock released an album with the same name as the band to celebrate his 70th birthday last year. The collaboration focused on the theme of world peace, for which the tracks used seven languages and were composed by musicians with 11 nationalities.

“While sustaining the authentic jazz tradition represented by the acoustic piano, Hancock has led the latest trends by integrating a broad variety of new technologies,” said a spokeswoman with Southern Star Entertainment, the Korean agency organizing his upcoming concert.

On Tuesday and Wednesday, American jazz guitarist and composer Pat Metheny will perform at the Seoul Jazz Festival. Metheny, who brought a collection of mechanically controlled musical instruments for a solo concert to Seoul last June, comes to Korea this time with America’s most famous jazz vibraphonist, Gary Burton, bassist Steve Swallow and drummer Antonio Sanchez. The four musicians will play in many different combinations - duo performances and all together - under the title Pat Metheny & Friends. 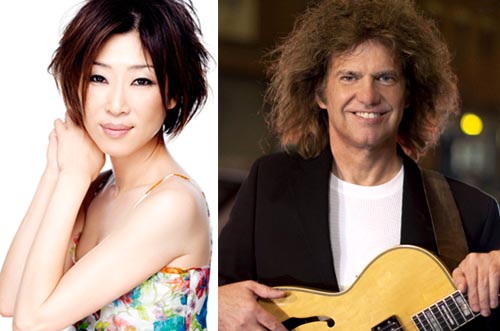 
On Thursday, two globally recognized contemporary jazz divas - Keiko Lee and Cassandra Wilson - will each give a concert.

Lee’s one-hour concert will be followed by Wilson’s 90-minute gig after a 15-minute intermission.

Wilson, named America’s Best Singer by Time magazine, is having her first concert here. She has won two Grammy Awards. Lee is a third-generation Korean-Japanese vocalist who is noted for her unique husky vocal tone. In March, she released a new album entitled “Smooth,” in which she reinterprets existing pop ballads such as “Don’t Know Why” and “Across the Universe.”

The Seoul Jazz Festival is marking its fifth year this time around. In the past four years, it has invited top-notch musicians like Sergio Mendes, Chris Botti, Swell Season and Eric Benet.