A celebration of Korean cartography

A celebration of Korean cartography 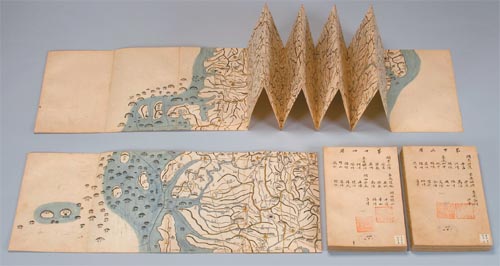 The first edition of Daedongyeojido, the first official map of Korea, was printed in 1861 and created by Kim Jeong-ho.


These days, maps are created with satellite imagery and finding a destination on a map is just one click away on the Internet. But in earlier days, mapmaking was an arduous task that took years of research.

The largest and most detailed map of Joseon-era Korea, called Daedongyeojido (Territorial Map of the Great East), was made 150 years ago by scholar Kim Jeong-ho (ca. 1804 - ca. 1866).

The creation of this historic map, which is National Treasure No. 850, is being celebrated in a new exhibition at the National Museum of Korea called “Daedongyeojido: The Country Embraced in a Map.” The exhibition, which began April 26 and runs through July 24, aims to shed light on Kim’s achievements through an exploration of Korean cartography in the 17th and 18th centuries. The map is rarely shown completely unfolded.

“Without a doubt, Kim achieved something great and we cannot talk about Korean maps without mentioning Daedongyeojido,” said Lee Hyo-jong, the director of the exhibition. “But people usually think about the map without realizing how advanced cartography was in Korea in the 17th and 18th century.”

Left: Dongyeodoji, a record of Kim’s travels across the country, is believed to have been written by Kim hiimself. / Right: Kim’s first map of Korea, Cheonggudo, was made in 1834.


The exhibition features 55 artifacts related to Kim’s mapmaking process, including Dongyeodoji, a record of Kim’s travels believed to have been written by Kim himself, as well as the complete 22-volume Daedongyeojido and several woodblock prints of the map (National Treasure No. 1581).

Also featured in the exhibition is Kim’s first map of Korea, called Cheonggudo (Treasure 1594-2). The Cheonggudo map contains detailed information on population and distance from the capital for the villages therein.

Maps of Gyeonggi, Chungcheong, Gyeongsang and Gangwon from the 18th century are also displayed to show early attempts at mapmaking and how Kim used them to develop his own maps.

Kim made his first map of Korea, Cheonggudo, in 1834 by traveling across the country to gather local maps and demographic information.

He published Daedongyeojido 27 years later in 1861. A second edition of the map was printed in 1864.

Kim also made several woodblocks of Daedongyeojido, carving them entirely by hand. 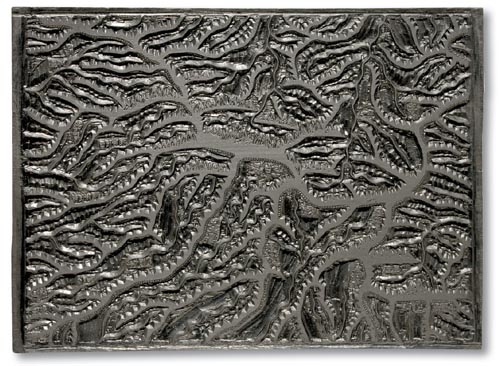 A woodblock of Daedongyeojido Provided by the National Museum of Korea


Daedongyeojido is similar to Cheonggudo but contains fewer details and a legend with codified characters.

In creating Daedongyeojido, Kim divided the nation into 22 different regions and each region is a separate map. These improvements made the maps easier to read at a glance and lighter to carry around.

When unfolded, the map is 6.7 meters (22 feet) long and 3.8 meters wide. Because it is so large, it is shown in three sections in the exhibition.

“This will be a rare chance to look closely at Daedongyeojido because it is being shown unfolded, and to learn about Korean cartography in the Joseon era,” Lee said.