The picture of scholarly wisdom

The picture of scholarly wisdom 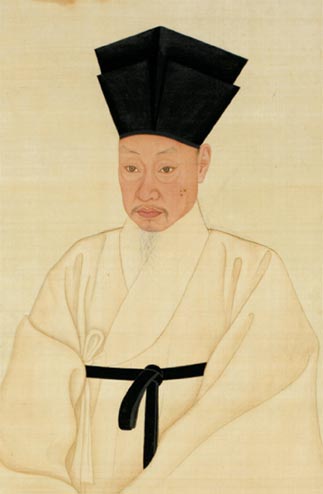 The famous scholar Seo Jik-su (1735-?) is shown wearing a long overcoat and a high hat known as a dongpoguan, named after the Northern Song scholar Dongpo Su Shi. Portraits of people standing, such as this one, were quite rare at the time.

An inscription on the painting informs us that the court painter Yi Myeong-gi (1756-?) painted the face while Kim Hong-do (1745-d. after 1806) completed the body. Yi achieved the three-dimensional effect for Seo’s face and clothing using a shading technique that involves fine brush strokes. This technique became characteristic of portraiture in the latter half of the 18th century.

The strong contrast between the white robe, black hat and black belt leaves a lasting impression on the viewer.