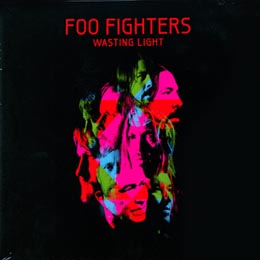 The Foo Fighters tear through their seventh full-length studio album “Wasting Light,” and it’s a raging comeback for a band that hasn’t made a record in four years.

The album was recorded to analog tape in the garage of lead singer, guitarist and songwriter Dave Grohl, who is also known as Nirvana’s former drummer. It’s rough-and-tumble rock and it works to glorious effect.

This is gutsy music that brings back the spirit of early-’90s grunge, from the first track, “Bridge Burning,” and lead single, “Rope,” to the last song, “Walk.” “White Limo,” one of the gems of this collection, is made to intoxicate listeners of all stripes, not just the band’s usual fist-pumping rock fans.

The album was produced by the legendary Butch Vig, producer of Nirvana’s “Nevermind,” and former Nirvana guitarist Pat Smear completes the lineup. But make no mistake, this is no Nirvana redux. It’s a completely different sort of masterwork entirely of Grohl’s making.