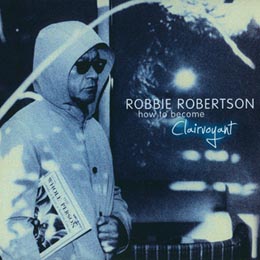 Robbie Robertson returns after a decade-long break between solo albums with the triumphant “How to Become Clairvoyant,” a reflective and moving collaboration with Eric Clapton.

Robertson, the lead songwriter and guitarist for The Band before leaving the group in 1976, has been far from prolific in his solo career. “Clairvoyant” is just his fifth solo release since 1987 but it’s worth the wait.

While his two most recent solo records explored his Mohawk ancestry, “Clairvoyant” delves into his musical past. “Straight Down the Line” starts the record off with a kick as Robertson, in his whispery growl of a voice, tells the story of advice he got from an old blues man years ago on the chitlin’ circuit. “When the Night Was Young,” the perfect follow and perhaps the record’s best track, reflects on Robertson’s youthful idealism.

Robbie Robertson “How to Become Clairvoyant”