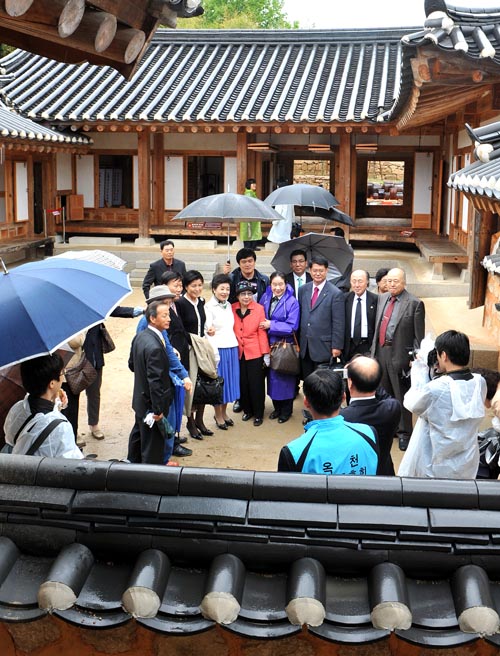 People tour the house of former first lady Yuk Young-soo, wife of the former President Park Chung Hee, after the house in Okcheon County, North Chungcheong, was opened to the public for the first time since a restoration project started six years ago. Okcheon County opened it during an event to celebrate the restoration. Yuk was killed by assassins targeting Park in 1974 and Park was assassinated by the head of his intelligence agency in 1979. Their first daughter Park Geun-hye, a lawmaker with the ruling Grand National Party, is considered a strong candidate to become Korea’s next president. [YONHAP]