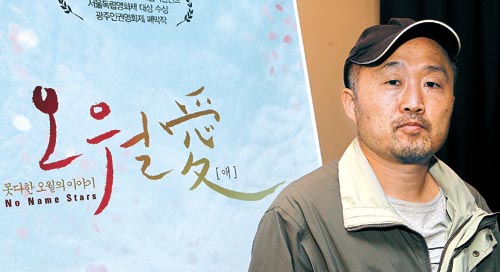 Director Kim Tae-il’s “No Name Stars” was released yesterday. It is about ordinary Korean citizens who were part of the Gwangju movement in 1980. [YONHAP]


Quality independent films have been steadily luring moviegoers to the theaters over the past several months. Starting with “Re-encounter” in February, then “Bleak Night” in March, attention has now turned to “The Journals of Musan,” which is still in theaters.

With their diverse stories - a young romance, teenage angst, the struggles of a defector - the films are evidence of the Korean indie film industry’s maturation, moving the hearts of audiences in the process.

Hoping to continue the winning streak, “No Name Stars” was released yesterday. Even before its release, the 104-minute documentary received attention after being chosen the best film at the 36th Seoul Independent Film Festival last December.

The documentary, directed by Kim Tae-il, tells the story of what came of those involved in the Gwangju Democratization Movement on May 18, 1980.

“There have been many films and documentaries about the democratization movement, but I wanted to pay attention to the untold stories of common people,” said the director at a press screening of the film last month.

The documentary is full of interviews with survivors of the democratization movement, which was a civilian uprising in Gwangju against the military dictatorship of former President Chun Doo Hwan. Although hundreds of civilians were killed, the massacre is considered a stepping stone in Korea’s democratization.

The documentary starts with a narration by Ju Ro-mi, director Kim’s wife, who participated in the production along with their 15-year-old son: “What happens to the memories and stories of common people when they die? They probably disappear.” 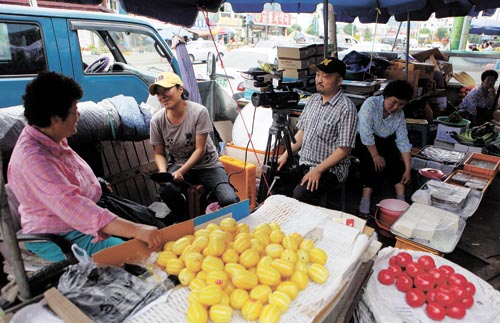 Kim Tae-il, center, and his family lived in Gwangju for six months to interview people who took part in the democratization movement. Provided by Cinema Dal


In the film, interviews with survivors are voiced over black-and-white footage of the democratization movement.

Women who were interviewed said they felt pity for young students dying in the streets, so they made rice balls for the protestors.

“I had no idea what democracy was, but the democratization movement taught me what it was,” said Yang In-hwa, a protestor.

Lee Eun-jae, one of the soldiers dispatched to Gwangju by the Chun Doo Hwan government to suppress the uprising, quit his job after the democratization movement because he “couldn’t be free from his guilt on that day” and now runs an alternative school for troubled teenagers.

“The Gwangju Democratization Movement is a tempting issue for many filmmakers, but I didn’t know where to start or how to develop it into a film, because it is such a complex and huge issue. One day, I heard news that a civilian protester, who was one of the last remaining few, killed himself,” said Kim. “I’ve realized that many remaining civilian protestors actually committed suicide. I wanted to know what it was they couldn’t get over.”

Kim and his family stayed about six months in Gwangju. “Most people didn’t want to talk about it, because they knew it would make no difference,” Kim said.

Lee Young-ae, one of the women who made rice balls for protestors, repeatedly refused to be interviewed for the film, but later changed her mind.

“I’ve been telling stories of myself and others, but none was delivered correctly,” Lee bluntly said. She later became a close friend of Kim and his family.

Kim’s hometown also made it difficult for him to connect with interviewees.

“They asked me where I am from, and I told them my hometown is Yecheon, North Gyeongsang. Then there was silence for a few seconds,” laughed Kim. “Many people in Gyeongsang still regard the civilian protestors of Gwangju as rioters.”

The director is already working on his next project, which is about the history of people in Indochina.

“Stories of ordinary people and their wounds, from our history, always attract me.

“When production costs are secured, we’ll hit the road right away,” Kim added.